Patrick “Pat” J. McDonald, of Spring Lake, NJ, died in the early morning of April 6, 2020.  He was the doting father of four boys, Patrick, Walter, Marc and David, and the husband of Beanie McDonald, the love of his life and wife of 52 years.

Pat was born in Kearny, NJ on November 14, 1940, the devoted son of Matilda “Fritz” (whose home cooking established Pat’s life-long love of food) and Jack McDonald.  His dedication to service to others grew during his years at St. Benedict’s Preparatory School in Newark, NJ, an organization he supported throughout his life, recently coordinating his class’s 60th reunion. Upon graduation of the University of St. Thomas in Houston, he joined the Peace Corps, where he spent a year in Africa.  His international experience expanded during his time at Merck, where he worked for nearly 35 years retiring as Executive Director of Corporate Licensing, with travels across Europe (where he and Beanie explored the continent with recurring trips to Ireland and Italy, their favorite locales) and Japan.  He was most proud of his social impact initiatives at Merck, such as helping pave the way to institute scoliosis screening in schools nationwide and assisting in the development of a drug donation program to address river blindness around the world.

His success at Merck in marketing, sales and corporate development was driven by the teaching of Getting to Yes. Pat’s belief, which he shared with all, was to focus on an outcome in which everyone benefits. It’s an approach that he believed could be utilized in nearly every situation. His ability to give practical, relevant and insightful advice is remembered with awe by many.

Pat's selflessness and dedication to others were highlighted by his community engagement activities including serving as a councilman on the Spring Lake Council, president of the Spring Lake Homeowners Association, and board member and volunteer of Coastal Habitat for Humanity. He led St. Catharine Parish’s first-ever capital campaign that included restoration of the Spring Lake landmark church that stood across the street from his home of 31 years, and he was an active volunteer at the Church of St. Anselm.

A dedicated Yankees fan who disdained sabermetrics and always believed it was better to give up an out to move the runner over despite the data that said otherwise, Pat attended a string of consecutive opening days at Yankee Stadium for nearly 25 years, rain, snow, or shine, with his sons or Beanie and was a regular at Sunday home games where he and Beanie saw multiple perfect games nearly to their completion.  His desire for teams to focus on singles, doubles and stolen bases was equally matched by his long-time pursuit of achieving a hole-in-one during his twenty-year golfing pursuit. On June 20, 2016 that dream came true at Jumping Brook Country Club and the ball remains enshrined in his home – a memorial to his focus on persistence and excellence.

His award-winning impression of Louis Armstrong’s What a Wonderful World – a favorite at special events and parties alike – was commemorated when Pat was selected as the inaugural winner of the Beanie Cup, a highly competitive award sought after by individuals across the world. His love of the song highlighted his ever optimistic nature and belief that seeking peace and addressing injustice – through action – could be achieved in his lifetime.

Pat’s accomplishments are simply too numerous to list and his greatest was his ability to raise four loving, thoughtful and kind sons, including giving them excellent educations at Christian Brothers Academy in Lincroft, New Jersey, and then college and graduate school. They will remember his sharp mind, his ability to show up at any of their activities at a moment’s notice – regardless of location – and his willingness to drive his family anywhere they needed to be. He was a great provider that ensured his family experienced life to the fullest.

Pat is survived by his four sons, wife and six grandchildren: Julianna, Evie, Stan, Molly, Ellie, and Bryn.  In lieu of flowers, donations can be made to St. Benedict’s Prep (www.sbp.org -- see link further down the page).

I am very sorry to hear about the passing of Pat. The family has my deepest sympathy. I worked for Pat in Corporate Licensing in Merck. He was a kind and humble man. He was a very hard worker and he always was talking about his family and working on his house. That was a very long time ago. May he Rest In Peace.

Beanie,
My condolences to you & your family over Pat’s passing. He had a great spirit and he will be very missed! 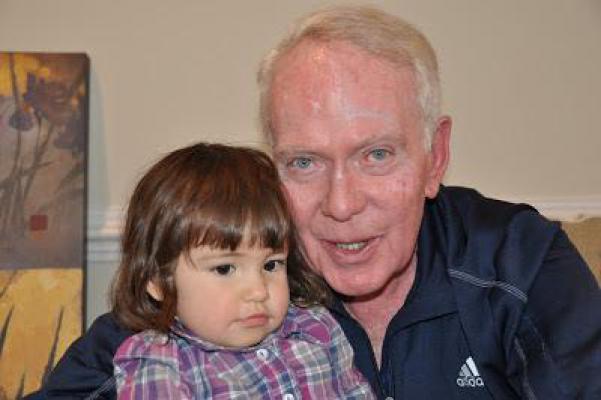 A picture of Popi and Ellie during Christmas in 2012 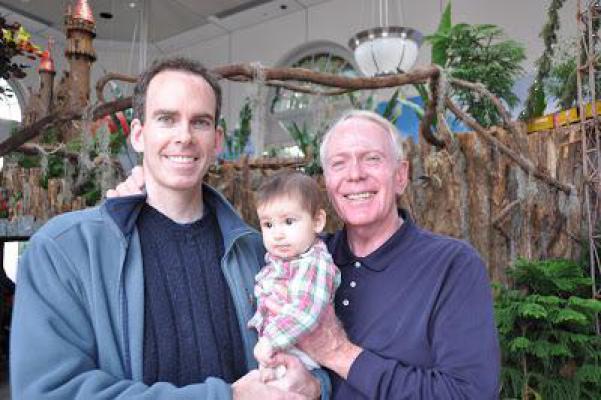 This photo of Popi, Ellie, and my dad at the botanical gardens during their stay during a Christmas in 2012. The line was long, but it was worth it. 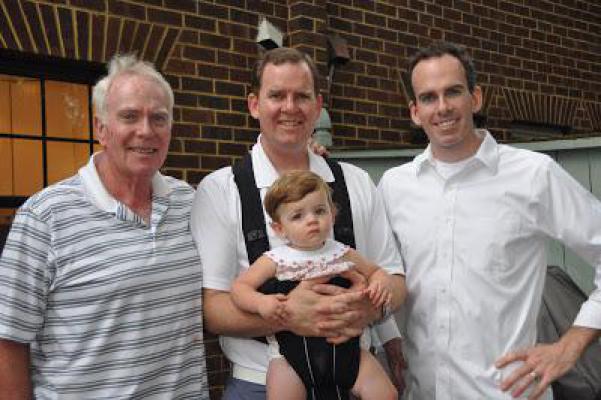 Popi, Uncle Wally, and my dad with baby Bryn. Another cute photo. 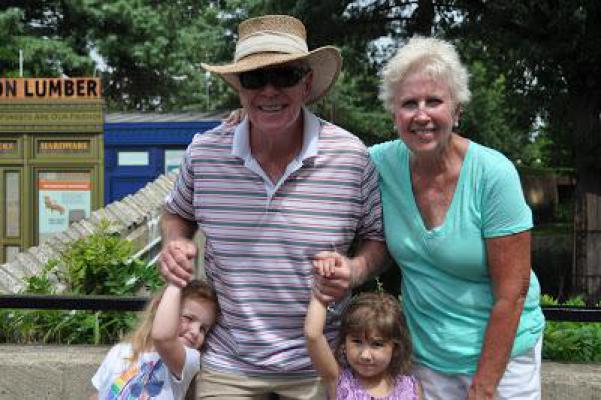 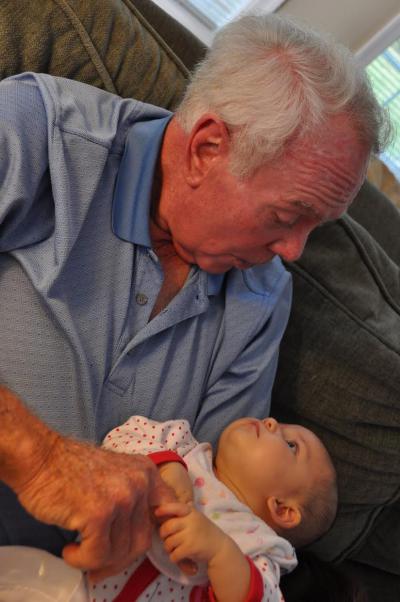 Here’s a simple memory of Popi. it’s not much, but it’s still a memory.
When we would come to visit, Popi would always get us donuts from the store on Saturday mornings. There were all kinds of donuts, but my eye settled on a boston cream donut- my dad’s favorite donut. If you’ve never seen a boston cream donut there is no hole, but there is chocolate, so that’s what caught my eye. I didn’t know what was inside, I thought it was a plain chocolate donut. I simply asked grandma Bebe to cut me a slice and she did. I saw the cream, but I thought it was whipped cream, so I thought it would be interesting if I tasted it. So I took a bite, and surprise! It was not whipped cream, but something more delicious. I asked what it was, and they simply said it was boston cream, my dad’s favorite. Thanks, Popi for introducing me to my new favorite donut. Like father, like daughter.

I love this story Ellie. I’m sure one of your Popi’s favorite memories was of taking you for Boston Cream donuts. The best part is you will share this favorite story and others with your children and they, theirs. Lovingly remembering Popi, always. God bless

My deepest condolences to Beanie and the entire McDonald family for the loss of a wonderful , kind , compassionate, hard working husband, father, friend , and man. Anyone that had the pleasure to meet Pat were lucky indeed..He just made each and every one of us feel special....Pat will be greatly missed..,❤❤❤ Cousin Barbara 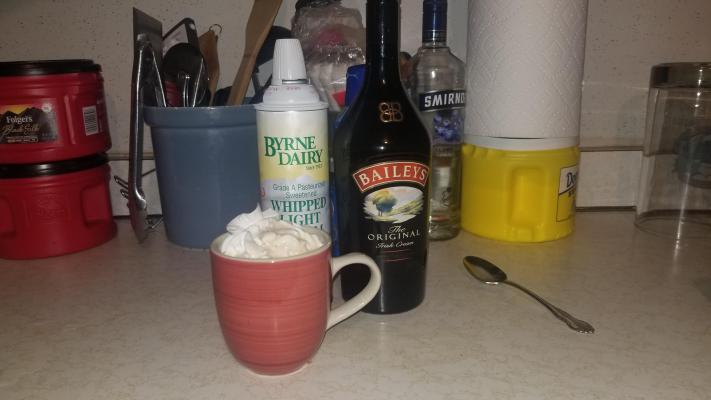 Here's a pic of my coffee this morning.. love u Pattycakes. 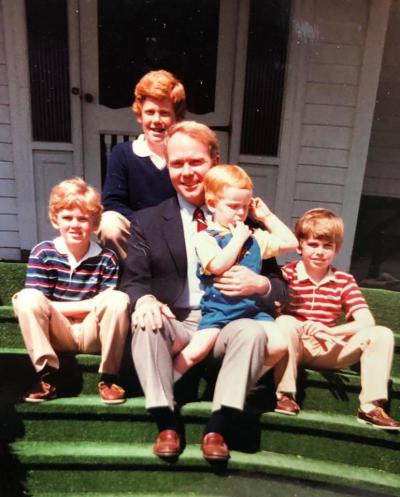 Molly and I are so sorry for your loss, if you need anything let us know 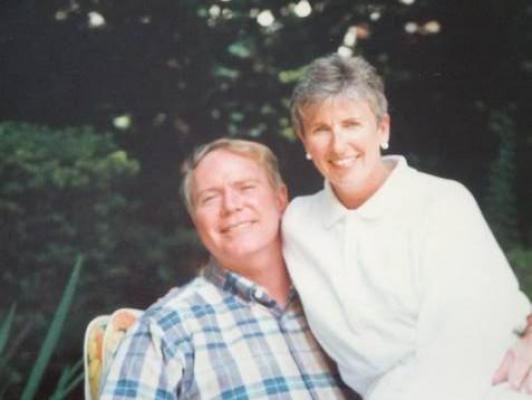 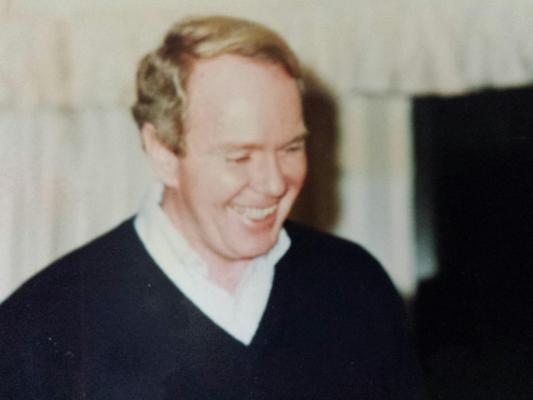 I only have a few pictures on my laptop here in FL. When I get home I will look for more. 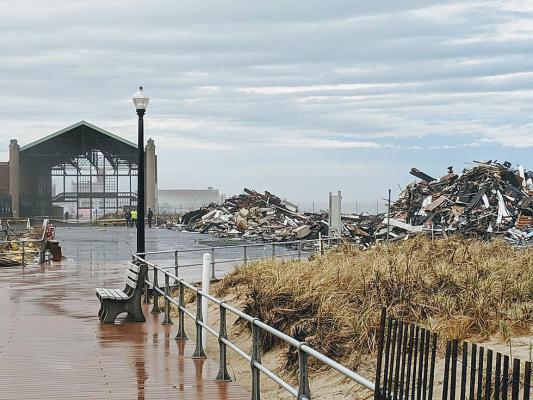 In 5th grade, Popi would drive me to school every Monday morning. Since my brother’s school opened 30 minutes earlier than mine, we had plenty of time to spare so we would drive through Ocean Grove. Popi would tell me many stories about Ocean Grove and they were always very interesting. He would tell me all the nice work he did to help the town. They were my favorite part of a Monday mornings.

I too have memories of Pat... they started at Beanie's and Pat's wedding and how he teased me and made me smile. After that were years of parties at our house in Elberon, Dellie and John's house and of course, the Spring Lake house. As I grew up Pat was always there and so interested in what was going on in my life. It was never fake either. He genuinely wanted to know what I was doing, my thoughts about things, the people I was with...so much. I remember that he invited me to Merck in Rahway when I was deciding what to do with my life. He gave me a tour and introduced me to many people. It was warm out, in the Spring I think. I remember being so impressed that he took time out of his very busy schedule to do that.
My parents loved Pat too. They loved to sit on that beautiful porch in Spring Lake with a scotch in hand and talk about all sorts of things with Pat. Finally, my most wonderful memory of Pat is how he made me feel. Every time I saw him, his eyes would light up, he'd smile that great smile and make me feel welcomed and loved. It was almost like he was greeting a long-lost friend that he was so happy to see. He did that to everyone he met. Not a lot of people can do that. Pat was a great man.
PS I also have a memory of the family playing ball in the yard in Spring Lake. Pat was in the middle of it and loving being surrounded by his kids and whoever else was in the middle of the pack! 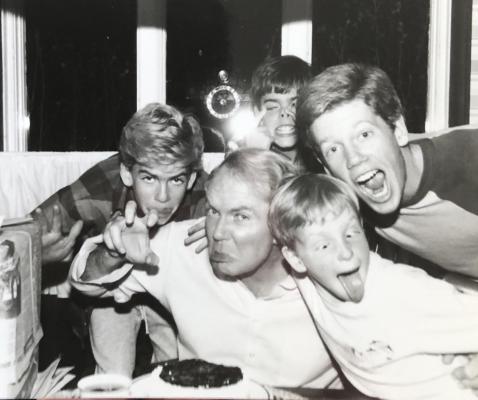 So many great memories and pics to share.....but this one is great. We love you, Dad. You will be missed. I always loved this picture of Dad and me. We were living in Newport Beach, California. Sometime in the mid-1970s. The look I'm giving him, with the smile and arm around his shoulder, shows how much I adored and loved him.

I could write a lot of great stuff about Dad, but the main things that jump into my mind right now is that he was a very good, decent, stand-up, and wise father and man. I could rely on him for anything. There was never once a question about that in my mind, and he was a great provider, which I know was important to him.

I was very lucky to have him, and he was a major role model, along with my mother. Rest in peace, Dad. Thanks and love, Patrick 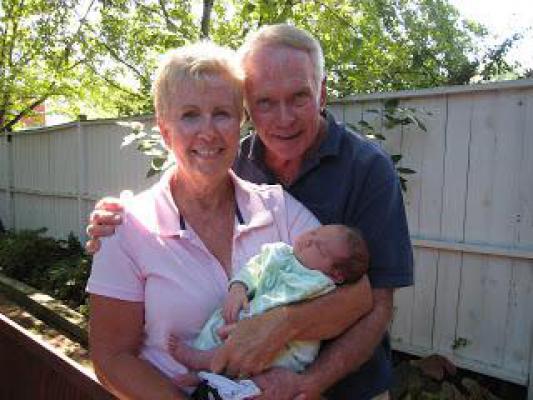 Why I love Popi:

He was kind and gentle
He loved dogs
He loved his wife, his four sons, and his six grandchildren
He made delicious spaghetti and meatballs
He loved baseball and the yankees
He loved golf
He was magical in his own way
He loved to sing “What a Wonderful World.”
He will be remembered forever as one who loved all