Tony was a well-loved member of Lewisham Deptford Labour Party, who fought courageously for our community.

Tony sadly recently lost his battle with cancer and this is a space for people in our local party and beyond to share memories and tributes to Tony.

Please see below the PCS tribute to Tony:

After a long, courageous battle against cancer, in which Tony remained totally committed to PCS and to our members throughout, Tony's battle is finally over.

Tony was well known across PCS, both within DWP and nationally. He was a leading activist in London, having held roles at group, regional and national level, and was admired by many for his passion and commitment which always shone through in his conference speeches.

Between us, we have known Tony for over 30 years. Tony represented the very best in PCS. Totally committed to representing members, even whilst in St Thomas's Hospital and later a hospice, Tony spent a lifetime campaigning. Whether it was Saving Deptford Jobcentre, fighting for decent social security or trying to get his beloved Labour party elected, Tony never gave up.

Both of us recall hospital visits before Christmas when, instead of dwelling on his own poor health, Tony was far more interested in discussing the general election. He was also very kind. Wherever you stood politically, Tony would debate and make his arguments, always with humour and without any sectarian malice. A rare gift to have.

Tony's aim was to keep going long enough to collect his PCS Honorary Life Membership award at PCS Annual Delegate Conference in May and sadly he didn't quite get there. Due to coronavirus that conference will not go ahead in May, but if it had we are sure that there would have been many moving tributes to Tony from across PCS.

We are committed to ensuring that when the time is right, Tony gets the recognition and the send-off he deserves from PCS and that we mark his passing in an appropriate way. Our condolences go to his family, friends and comrades at this sad time. Mark Serwotka - General secretary

Just got news of Tony’s passing. Fond memories of working with Tony in the 1990s in the City East District of what was then the Benefits Agency. Learnt so much from him about the Trade Union movement. Hard working, honest and totally committed. Would often marvel at his ability to cut through the BS. Big love to Tony’s family and friends.

I remember Tony telling me off for not doing my research when campaigning to abolish the current two year waiting period for employee's tribunal research. He was right, and forth right. His knowledge and commitment will be missed.

Will Cooper published a tribute .

Tony was always one of the kindest people in Brockley branch Labour Party. He personified what the Labour movement should be, kind, inclusive and welcoming, but determined to make positive differences in the lives of people in our community.

I will miss him greatly. 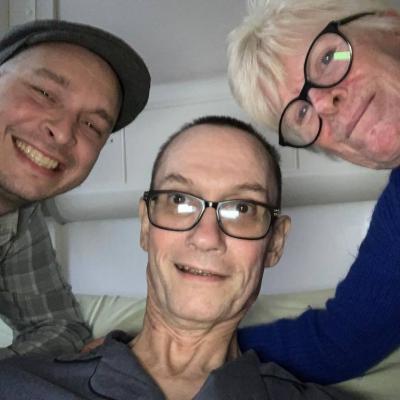 Tony Reay was one of the most amazing, determined and inspirational people I have ever met. He was all action and not all talk, which seems to be in short supply in the Labour party and trade union movement these days. Tony was straight talking and no nonsense and he often told people that they were full of it when they needed telling. I will miss him.

It is a pity that I don't know Tony Reay enough but through the testimonies his work in the party will be missed, condoleances to his family and to all members ,may his soul rests in peace.

I remember Tony from the Lewisham Anti Cuts Alliance when the coalition's austerity was just getting going. He was one of the stalwart organisers, always ready to get things moving in his dry, ironic way. We worked together again the Hospital Campaign. After that I would occasionally bump into him on Lewisham Way and we would have a cuppa round his flat. He would reminise about the PCS and the good old days with Chris Ford and Mark Swerwotka, and whistfully think abut what might have been. RIP Tony.

I only met Tony a few times. But he was engaging, upbeat and funny. Someone who has dedicated no small measure of his time to the labour movement will not only be missed by his loved ones but by those within the movement who may well have benefitted from his campaigning without ever having met him. But from what I remember he neither sort nor desired attention.

very sad day indeed Tony was principled and true trade unionist. He didn't just speak his politics he acted on them. Thoughts love go out to all his family and friends. Finlay