Robert D. Bloom, 61, of Alexandria, Virginia, died on Monday, July 20, 2020. Like many trailblazers, he lived a life that represented a passion and enthusiasm for evolving Public Safety Innovation.

Robert Bloom was known professionally as "Bob", serving the Public Safety Community for almost 30 years. He was kind, intelligent, humorous, hardworking, patient, and loving, and, most of all, valued honesty, justice, and integrity.

Robert Bloom was born in Williamsport, Pennsylvania, on July 18, 1959, to Donald George Bloom, and Vera Lavelle Bowman of Montoursville, Pennsylvania.

Bob was undoubtedly a visionary in Public Safety Communications, notably for his recent works in deploying Alexandria's 911 & 311 "Remote Calltakers & Dispatchers" to take calls from home during the pandemic.

He was an avid learner of technology, especially when it came to 911. He had an unparalleled dedication and knowledge for Public Safety that lead him to become an active member of the Association of Public-Safety Communications Officials (APCO) and the National Emergency Number Association (NENA). He has been recognized for many awards and certifications to include APCO's Certified Public Safety Executive Program, Registered Public-Safety Leader, and NENA's Emergency Number Professional.

Bob was an instrumental leader in overseeing many successful APCO projects, most recently chairing APCO's 2019 Baltimore Conference Committee, and serving as an Executive Board member for the Mid-Eastern Chapter of APCO. He also served as Chair for Professional Development Events Committee, Vice-Chair of Cybersecurity Training Writing Group, and a member of the Cybersecurity Committee.

Bob had a wonderful public safety career, traveling worldwide, speaking, teaching, and learning. He was always quick to smile, crack a joke, and start a rapid-fire talk, often starting a thought and winding up in intense dialogue before concluding. He has left a permanent mark etched on our hearts and will be supremely missed for his fierce independence, strength, wisdom, and loyalty.  He leaves to cherish his warm memory, Art Viwatpanahchat, his doggy daughter Rosie, and a host of family, friends, colleagues, and the entire Public Safety Communications world.

Bob and I worked together over the years to benchmark regionally. We began working more closely during the last couple of years, since Arlington County and the City of Alexandria share a VESTA 9-1-1 system.

I was always very impressed with Bob's ability to considerably advance Public Safety solutions and resources, which directly correlated to saving lives, in such a calm, relaxed, and humorous way. He was as great of a person as he was an innovator.

Linda Ellis wrote a poem called The Dash, in which she describes the symbolism of the dash between birth and death dates on a tombstone. The dash represents the life lived. Bob had an amazing dash and his widespread imprint in this world will be cherished by many people. 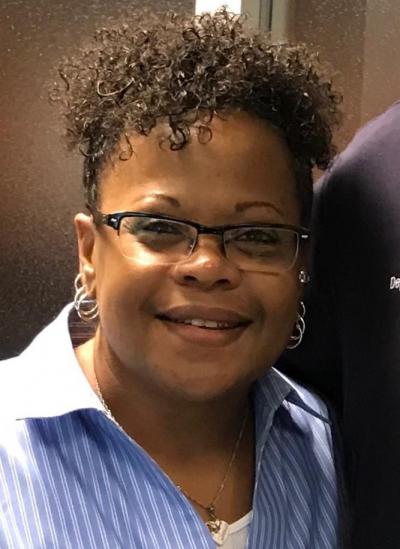 I started working for DECC in late September of 2019. Bob was the first to ask me to lunch. That was the beginning...listening to wonderful stories, understanding his great sense humor, and getting that he was wicked smart. He was a great human and I am blessed that our paths crossed -- Vanessa

To his family, friends and coworkers I express my heartfelt sorrow for the passing of a great person. I will miss my friend from BPD Dispatch ... Always will be my Bloom Doom.. He made me laugh when worked together with his humor. I gave him the nickname Bloom Doom because he always rained on an officer parade. I will forever smile at the memories we had laughing in KGA ...

Art, I will always remember Bob as the guy with the stories. From our days at MWAA he always entertained me with tales from his days as a new dispatcher, when he was with the City of Baltimore and to the present day. I loved it when he brought Rosie to visit me at work, he spoiled her so. The day I met you at MWAA, when he was showing you around, I could tell how special you were to him. Cherish your memories of him. I will.

Bob always going to be remembered for his dedication to his job and family. I worked with Bob on may projects and outages after hours. When I receive a call or email from Bob, usually it is brief and into the point. He was in the business of saving lives. Bob loved what he is doing and enjoyed talking about it. He mastered the skills of emergency communications systems. His public service years is to be celebrated.

But I was a fantastic individual and always a pleasure to work with when it came to troubleshooting specifically. He was very open minded but if You didn’t take the time to get to know Bob he may come across as a know it all and I always felt it would be someone’s loss if they didn’t take that moment As the guy was simply full of information related to the field and then some. Please count your blessings and having the opportunity to have known or met this fine individual.

Bob and I worked at Motorola together. I always enjoyed being onsite with him, being a local celebrity and all ( he was in the opening scene of Backdraft). Bob was kind, generous and had an incredible passion for Public Safety. I admired Bob’s love and dedication to his sister, he spoke about her so often. When my family experienced a loss earlier this year, Bob did not hesitate to reach out and offer his support and love. I will miss running into Bob at industry events and I will especially miss the adventures of Rosie! Rest well my old friend, we will take it from here.

He never once mentioned he was in Backdraft! Was he one of the firefighters responding to the Chicago fire in the very beginning??

I meed to check that one out

Bob was a wonderful person. I really enjoyed working for and with him. He was always a hard worker and took pride in it! I feel blessed and honored to have worked with him. May his soul rest in eternal peace!

Do you know that he appears briefly in a movie Ladder49, the shot was in the command post truck.

Was he also in Backdraft, or just Ladder 49?

Bob was a great guy! I worked with him at Reagan airport. He was a very hard working and a funny guy! Just a couple of days ago, I wished him Happy Birthday on FB. So sad to know that he is no more. May his soul Rest In Peace!

My Uncle Bob traveled a lot for his job when I was younger. Every place he traveled he would send my sister and I a postcard with a little fun fact or something about the place is was visiting. I still have all the postcards he sent me.

In just 8 short months Bob has provided the wisdom and knowledge so that I could grow. I can tell you more than once we talked each other off the cliff from getting ourselves into situations. Thanks for the friendship and guidance. Will continue on the legacy of the "Bloom" Command Box and the revolution of the 911 systems. 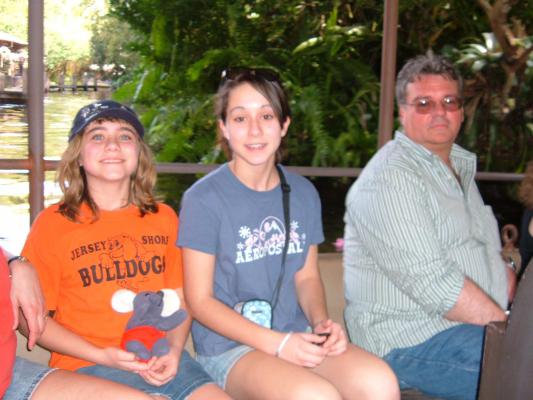 Here is a picture from 2008 when we went to Disney World with Bob. He loved his nieces and his humor was enjoyed on this trip. I still have a note that he left us. He is missed.

In the four years I had the privilege of working with Bob, he went from colleague to good friend. He was always quick with a story about something regardless of what was going on around us. He was truly a great person. I learned a lot from him about not only this industry, but as a person as well. I can't say enough good things about him.

Bob was my brother. Too many memories to put here. My favorites are when my husband and daughters went to disney with him. And the time we spent together growing. He is missed. Love, Margaret

Thank you. We have edited his biography.

Art.. you left out yourself.. you meant so much to him.. love you

Great guy! Truly enjoyed the time we worked together when I was assigned to Communications for the BPD. Learned a lot by being around Bob. Always a good sense of humor and a gentleman. God Bless you Bob and His peace to those you leave behind.

I knew Bob through my work as Director of Safety & Security for Alexandria City Public Schools, a user of the Alexandria public safety network. He was always helpful, bringing solutions to the table. He was an interesting guy to talk to and will be sorely missed, not the least by his beloved Rosie. Godspeed, my friend.

My heart and prayers go to Bob's family & all that know him. I got to know him thru the 911 community and APCO events. He became for than just a colleague, he was a friend. He will be forever missed.