Jordon was born on March 4, 1934 in Oakland, CA.  He passed away in Escalon, CA on June 25, 2020.  He was raised in Hayward, CA and San Jose, CA.  Jordon was drafted into the Army in 1959 and served 6 years in Germany.  Upon his return, he went to work for the San Jose Police Department in the Property & Evidence Division.  In 1979, he and his wife, Georgia, moved to Angels Camp, CA and bought Helda Company.  In 1988, Jordon and Georgia moved to Escalon, CA.  He volunteered at the Modesto Police Department and then worked part-time as a police assistant issuing parking tickets.

When Jordon moved to Angels Camp, he was asked if he would like to participate with the formation of Angels-Murphys Rotary Club.  This started his 41 year commitment to Rotary.  After moving to Escalon, he helped form the Escalon Sunrise Rotary Club.  Some of the positions Jordon held were Charter President and Silent Auction Chair.  He also initiated the Christmas basket program.  At the District level he was Extension Chairman and Sergeant in Arms.  Everywhere he traveled whether in the US or in Canada, he made sure to schedule at least one visit to the local Rotary Club.

He was preceded in death by his parents John & Alida, his step-father Charles, and his brother David.  He is survived by his wife of 43 years, Georgia, his children Cheryl (John) Kiesel, Jon (Susan) Rombough, Debbie (Matt) Heath and Stacy Rombough, 10 grandchildren and 6 great grandchildren, 2 sisters-in-law, Cindy (John) & Nancy, his cousin Myra-Ann (of Australia) and many nieces and nephews.

Memorial Service: During these times, we are unable to have a memorial service.  We would be honored if you would post a tribute on this memorial page.

Memorial Fund: In lieu of flowers, we have created a memorial fund through Escalon Sunrise Rotary Club to continue Jordon's dedication of reading to 3rd grade students at Collegeville Elementary School.  For over 13 years he volunteered weekly so students could practice their reading skills.  Donations can be sent in Jordon's name to PO Box 425, Escalon, CA 95320 or online at https://bit.ly/Jordonfreitasmemorialfund 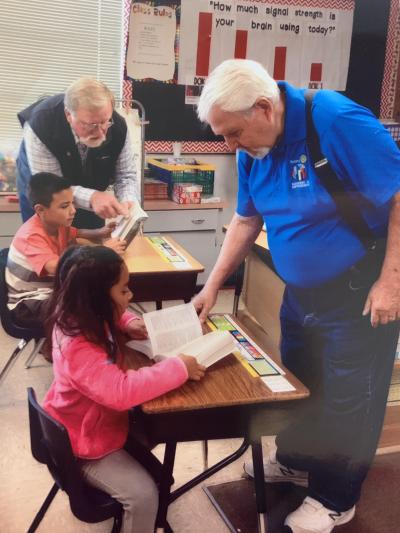 I will miss Jordon’s friendship and sense of humor; and the Collegeville Cubs will miss their adopted grandfather.

Jordon will be missed greatly! He was such a kind, giving, and loving man. When I was principal of Collegeville I looked forward to chatting with him before he would read with our students. I loved listening to his stories about his fur babies and family. He always made me laugh .Thank you Jordon for being an inspiration to our students. You are forever in my heart.

It is hard to think of a district event or a PETS that Jordan wasn’t attending or involved in. Always a warm greeting and in Italian “how are you?” We will miss this wonderful Rotarian and friend. 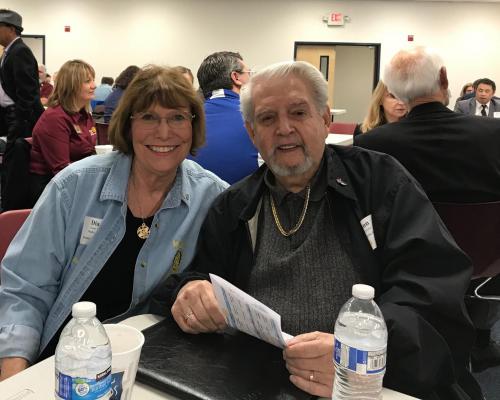 Jordon was one of my favorite people in the whole world! Such a great and giving guy who was the perfect hard working, dedicated, caring Rotarian. Thank you Jordon for filling me with years of memories. Tell Jerry I send my love.

Jordon was the individual who made the Escalon Sunrise Rotary Club possible, working with John Hertle to teach the original members about Rotary and the wonderful things that Rotarians could do in their community and worldwide. He was our Charter President and played a big role in our first two club projects--Students of the Month and Christmas Baskets, both still being carried out in our 30th year as a club. He was the heart and soul of our club, and was forever proud to our members and what they did. He was my guiding influence in many Rotary areas, and one of my proudest moments as District Governor was having Jordon step up to do a second term as President during my year. He taught us all that there was a lot of Rotary beyond the club level, and he was continually encouraging us to attend district events and carry out district responsibilities. No one was prouder of the success we had in Awards, including being named top club several times, and being the home of two District Governors. Jordon was all about Service Above Self and leading by example. For 30 years, he has been involved with everything we did. It will not be the same without him. He was a good friend and a credit to Rotary, our club, and our community. He will be missed.

We will miss Jordan. It seems he was at every District event we attended. He always had a smile and he was always busy, really busy. We need more like him in the world; helpful, cheerful and competent.