I first met Eszther and her mother as a teenager, in 1959, soon after we moved to Los Angeles, California. My family left Budapest after the 1956 Hungarian Revolution and arrived in the USA from a refugee camp in Vienna, a little after Eszter did. We were all recovering from the refugee experience, shared by millions of displaced persons after the war, like Eszter, and about 200,000 Hungarians after 1956.

It had only been three years after the revolution and the Hungarian American community was still cohesive. Our families lived close by in Santa Monica and we socialized often. My sister and I attended UCLA. Eszter studied art and I recall her sketching while her mother, Eszter neni, was reading to her. She was a few years older but we shared an interest in art history. We were members of the same social circles, attended Hungarian student reunions, cultural programs and the annual Hungarian debutante ball. Ester was already a fashion icon at that time.

After we graduated in the mid-late 1960s, we dispersed. We went abroad to study, Eszter left for Italy, I left for France. We met up again in San Francisco, where I had settled, when she came to study in Oakland and Berkeley.

Our collaboration was strengthened when she founded Hungaria Nostra Foundation of Los Angeles and returned to live in Budapest. The move back was an excellent solution for her. Her journey has come full circle, from Hungary to France, to
South America, to the USA and finally to Budapest again, some 50 years after she left as a child of four. She could finally apply her expertise where she felt it was needed.

In Budapest she was in her element. She followed the evolving art scene in post communist Hungary, as it transitioned from state sponsorship to private management and ownership. She often mailed me her articles from the Budapest Sun, describing the numerous exhibit openings, Hungarian museums and social life.

Eszter supported the Zsolnay family's effort to regain legal ownership of the "Zsolnay" name, brand and legacy. Afterwards she turned her focus on research and publication of all the sites where Zsolnay industrial ceramics were used in the design and construction of numerous Belle Époque buildings in Budapest and elsewhere.

Eszter and Tamas collaborated on many of these works. I recall one of their book launches I attended. They just published the book on Ferencvaros, the name of Budapest's 9th district, where their apartment was located, on Lonyai Street. They were welcomed by their mayor, who hosted them in City Hall.

Eszter loved to entertain, surrounded by fabulous museum pieces of Zsolnay porcelain and family paintings. Her soirees were famous, as she gathered artists, historians, archeologists and friends with whom she shared her vision of art and history. She showered the young students with books and transmitted to them her passion for preservation and restoration. I attended a few dinners, when I happened to be in Budapest.

Eszter found her raison d'être with Hungaria Nostra. She had invited me to be a founding member and we held our organizational meeting in San Marino in 1999. The initial Board included Eszter Vecsey, George Csicsery, Fred Hertz, Peter Szabadi, Eva Szorenyi, Eva Voisin and Molly Walker.

She launched Hungaria Nostra with great determination, an impressive accomplishment, given how many times the family has moved and started over financially. Hungaria Nostra is her and her mother's lasting legacy, a fulfillment of their dreams, with a long list of successful restoration projects. Credit also goes to Peter Szabadi, who provided pro bono legal support and George Csicsery, a well known documentary film maker, who have been there since day one.

We all supported Eszter's efforts in various ways. I traveled with her to several Hungaria Nostra sites, such as Fehervargcsurgo and the Bakats Church. In California, I hosted the US launch of the "Architecture of Historic Hungary", with Editor Dora Wiebenson in attendance, at the famous Rizzoli Bookstore in San Francisco. For that publication Eszter received the Karoly Kos Architectural Award. Hungaria Nostra also supported " Hungarian artist in America", Janos Kurz's painting exhibit, at the Hungarian American Museum, in New Jersey.

We worked on several proposed projects together, some without success, but they proved to be a great learning experience we enjoyed. I once brought Gordon Getty's proposal to perform one of his musical compositions at the Hungarian State Opera. We tried, but could not accomplish this. However we learned much about the world of Opera and never gave up.

Eszter, in turn, was very supportive of my various projects. She and Tamas always attended our annual garden party and joined us at the historic Lotz Cafe, where we hosted it in inclement weather.

Eszter never found the "old Hungary" that she only knew thought the memories of her parents and ancestors, but did establish a new life that suited her. She never forgot the family's turbulent years after the war, and remained committed to Hungarian art, history and her family roots. The Hungaria Nostra Foundation was her life's achievement, restoring Hungary's cultural heritage. She was a dedicated Hungarian, a lady from the old school, a woman of substance, a mentor to many, a friend.

Please accept my deepest condolences and transmit them to your family and friends who knew her.

I knew Esther, a successful art historian and writer, when she was a top student at St. Andrews High School in Pasadena, California, a wealthy Southern California city where her mother worked as a maid following the family's departure from Hungary after the Soviet takeover. She became a dear friend who welcomed me to Budapest decades later. I will miss her sorely. 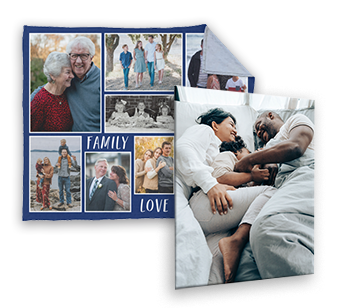