The Lord is my Shepherd...

Ed had a difficult childhood.  He was born during WW2 on the way from Bessarabia (near the Black Sea) to Germany in a place called Sudetenland.  His family had lived in Bessarabia for decades, but were forced to move by the Nazis.  With his father conscripted into the German Army later to be sent to the Russian Front, his mom caught the last train to Germany. But life was hard because there wasn’t enough food.  They managed to make it to a city near Stuttgart.  In 1952, his family had the opportunity to come to America with the help of the Lutheran church.  They worked for a chicken farmer in Bristow, Tennessee until his mom discovered they had relatives in Lodi, California.

Ed was absolutely fascinated with radio and television. He walked by a sales and repair store every day on the way home from school.  One day, the owner of the shop noticed his interest and offered him a job.  Finding he had a natural gift for electronics and diagnosing and repairing them, the owner, Don Poser, taught Ed how to fix everything from televisions to home appliances. Ed was hooked and launched a 35-year career and a lifelong passion.

Upon completion of High School, Ed enlisted in the Army and was stationed right back in Stuttgart, where he met his wife, Sybille.  The additional steps involved in marrying a foreign bride resulted in their anniversary spanning two days: one for civil ceremony and the next for their church wedding.  Always clever, whenever he missed the first day for wishing his wife “Happy Anniversary”, Ed would always say he didn’t consider them actually married until they completed the church ceremony.  It made for an interesting spectacle for his kids every year. Sybille would remind him on the first day and he would reply, “I have until tomorrow.”  Not to be outwitted, one year Sybille decided to wait until the second day to remind him, sending him scrambling to find a gift.

While in Germany, they had their first child, daughter Susan, before returning back to Lodi. He initially returned to his job at Posers before starting his own business, Gehres Service Center.  In 1965, Ed and Sybille added daughter Erika to the family, followed by son, Edwin Jr., in 1968.

Running a small business is always a challenge and, with a growing family, Ed looked for other opportunities.  He eventually took the role as Chief Engineer at a local radio station where he maintained the towers, transmitters and consoles. When a host called out for a Sunday night shift, Ed stepped in to cover and became an instant hit.

The Chief Engineer role wasn’t exactly building a nestegg, but it did have its benefits. One of which was that Ed had the opportunity to meet various religious leaders in town. A devout Christian, Ed had always considered becoming a minister. These connections led to Ed being invited to step in at local churches to deliver the Sunday message. But it just wasn’t time yet for him to serve full time.

Ed knew he had to move forward in his career and better provide for his family. In 1975 he applied for a Government job in China Lake, but a last minute hiring freeze stopped the process.  A year later while on an unscheduled stop at the radio station, he received a call from the China Lake hiring manager to see if he was still interested. Had he not visited the radio station on his day off, he may have never got the job that brought he and his family to China Lake.

Ed started the next stage of his life with the Technical Information Department (TID) Film Video Projects Branch at China Lake in April, 1976. The family stayed in Lodi until after the school year and they all rolled into town at two o’clock in the morning on Father’s Day, 1976.  The family lived on the Navy base for the next two years before moving to the family home in Ridgecrest in 1978.

Armed with a strong work ethic forged by his tough childhood, Ed quickly developed a reputation at work as a highly capable electronics wizard, often doing the job of an engineer even without a college degree, as well as an effective troubleshooter, able to work through complex issues that others were either stumped by or believed were impossible. During his time with the Navy, Ed invented many incredible devices that are still in use today including a device that measured the potential of geothermal energy as well as an inductive method for both charging and transmitting data through closed surfaces. For those of you who enjoy charging your phones without a charging cable – you're welcome: Ed Gehres invented that technology in the early 1980’s for a Navy missile program.  When his son later told him about the technology being used in consumer electronics he responded with a typically glib expression of pride: “I was wondering when they would finally do something with that.”

As he progressed in his career, his expertise and no-nonsense ability to diagnose and solve problems with designs, systems and even people earned him regular promotions and new responsibilities. As a manager on various missile and smart bomb programs, including Sidewinder, Walleye, Sea Sparrow and Sparrow, Ed diagnosed and solved problems ranging from the technical to the bureaucratic, often finding himself explaining and even testifying about various issues, including in front of Congressional committees.

When the travel grind required to keep those projects started to wear on him, he found a new role that would keep him closer to home while at the same time keep him tied to his love of electronics: the Metrology Lab Branch Manager. Again, Ed excelled as an innovator, including the build out of a clean room for calibration of specialized equipment, the only one in the region at the time.

Ed and his wife Sybille continued to be active in the church.  As soon as the family moved to China Lake, they became regular members of the All Faith Chapel where he enjoyed the weekly Men’s Prayer Breakfast, became a regular Sunday School teacher and devoted additional time to the various youth groups. Ed and Sybille even served as Sunday School Superintendents at one point, taking responsibility for growing and improving the entire program.

In 1990, while heading out of town to take Susan to a doctor’s appointment in the Los Angeles area, Ed’s wife Sybille was tragically killed in a car accident just outside of Ridgecrest.  Seriously injured in the wreck, Susan managed to crawl out of the car and up to the highway to flag down help. She underwent surgery for several broken bones and spent a month in the hospital. Ed’s mom, Rose, moved in to assist in caring for Susan.  She stayed for almost a full year, before going home and a year later succumbing to cancer herself.

Two years after the death of his wife, Ed met someone that would become his constant companion, friend and confidant throughout the remainder of his life, Twila Ashley. Gracious, kind, and incredibly patient, Twila and her children and grandchildren were quickly accepted as part of the extended Gehres family.

Family was always an important aspect of Ed’s life.  Every Christmas when his own children were growing up, the family would have Christmas Eve services where his children would read the Christmas story and play Christmas carols on their musical instruments.  Later, Ed would invite his grandchildren, Rachel and Rebecca into the church to play their instruments for Christmas Even services.

The itch to join the ministry never left Ed and during his last few years in the civil service he took college classes to earn a degree and enable him to become a licensed minister. Ed retired from Government service in December of 1995. After the birth of his first grandchild, Rachel, in 1996, he began taking classes in earnest through a local program offered by Vanguard University.  In 2001, at the age of 60, Ed completed his bachelor's degree in Divinity and was ordained as a minister by the Assemblies of God shortly thereafter, finally realizing his dream.

Ed’s longtime talent for fixing problems followed him into the ministry. Offered his first church assignment in Trona at the Calvary Assembly of God Church <https://www.facebook.com/Trona-Valley-Christian-Assembly-of-God-600361770022706/>, the congregation was nearly non-existent, without even a building for regular worship services. Although his plan was to help the church rebuild and then move on to something else after 5 years, soon after taking the leadership role with the Trona congregation, he fell in love with the people and stayed. During his years of service at the Trona Valley Christian Assembly of God, it’s likely Ed and the Trona congregation made equal impacts on each other.

Once Ed found his place in the ministry, it was clear he had finally found his true calling in life.  He loved being there for people, listening to their fears, problems and challenges and using stories from his life experiences to help people understand the plan that God has for them all.  Not one to disregard his hard won technical skills, Ed also brought video recordings to his church, creating weekly recordings of services so that those who could not attend could still hear the message and enjoy the service.  When COVID forced the church to stop in-person services, Ed quickly adjusted and launched a Facebook page for his flock resulting in an even greater audience for the word of God than ever before.

Ed had a rewarding life and touched many souls during his journey here.  He was loved and will be missed by us all.

Uncle Ed had a great sense of humor, and especially enjoyed telling stories about his siblings and reliving memories of their childhood whenever they got together. His laughter was infectious, especially when in the company of his brother and sister. And if Uncle Ed was laughing, so were you, even if you didn’t know why you were laughing. When the families were younger and gathered together at grandma Rose and grandpa Emil’s house, there was lots of laughter and mischievous fun, much of it among Ed, Waltraud and Herbert.

Uncle Ed, you were loved by us and will be greatly missed!

Gehres family, it has been many long years indeed. I am so sorry for your loss. Know that we are holding you close during this time. I gave your dad many difficult Sundays when he taught our Sunday School class all those many years ago. He was a good man. God Bless you all 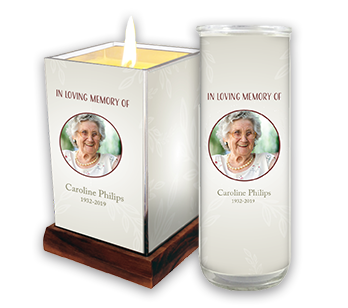