Douglas Robert Howell of Sheldahl, Iowa joined other departed hunters and fishermen on January 4, 2021 at the age of 55. Doug grew up in Ames, Iowa, and graduated from Ames High School before serving his country in the US military for 4 years, after which he became a certified diesel mechanic. Doug married the love of his life Theresa (Zandarski) Howell on October 4, 2013. Doug was an outgoing, kind person who was well liked by everyone he met. He had a great sense of humor and was always doing things for others, whether it was helping a neighbor cut down a tree, fix a vehicle or build something. Doug loved to hunt, fish, and go camping with his best friends and spend time with his other buddies at his cabin on Big Wall Lake. He enjoyed spending time with the extended Howell family at reunions and pig hunts, in addition to hunting trips with his friends for big game in Colorado. He cherished trips to Canada with his father, brother, nephew and friends to fish for big round eyes, and was known to have an occasional “Natty Light”. We were all better off when Doug was in the world, and he will be greatly missed. Doug is survived by his wife Theresa (Zandarski); parents Frank and Nina Howell of Ames, IA; his brother Steve (Natalie) Howell of Kearney, MO; his nephew Logan (Danielle) Howell of Kansas City, MO and niece Courtney Howell of Orlando, FL. No services will be held at this time but a celebration of the memories and great times we had with Doug will graciously be hosted by one of his best friends, Jeff Taylor, later this summer at his farm just north of Ames, Iowa. In lieu of flowers, the family suggests a donation in the memory of Doug Howell to the Fisher House, which serves veterans families during hospitals stays, using the ‘donate’ link at www.fisherhouse.org. We love you Doug, and may there always be a ‘Fish On’.

I worked with Doug for a time & he always had a great sense of humor. I will remember him smiling and laughing. Prayers to the family and so sorry for their loss.

I first met Doug when we were both in elementary school as he lived across the street from me. We all hung out and played together and he and my brother Dave became fast friends. I always appreciated Doug's humor. So sorry to hear this news and know he will be missed by many

Doug was an outstanding Fleet Service Representative, his knowledge was expansive and he was never too busy to assist anyone. He was known for his expertise in data bases (URSA) and proviced many reports. His peers always knew they could call him anytime for assistance or advice. He was a friend to all who knew him. He loved the outdoors; He fished and hunted when he could.
I miss Doug both as a friend and as a boss.

I"m very sorry for your loss. My prayers to Dougs Family.

Doug was a dear friend through my Junior and Senior High School years. I remember we chose to be "partners" for the Annual Box Social at Welch Junior High. I recall his great sense of humor (oftentimes dead-pan dry) and his hearty laugh. I pray for God's peace and comfort for Doug's family and friends during this time of loss and grieving.

Doug, like all Howell relatives, has a special place in my heart. We mourn his loss but celebrate his presence and the wonderful memories made and shared on all those hunting and fishing trips plus the time spent with the immediate and extended family---a life lived that few can imagine. Dee, Nina, Steve: know you're also in my heart and prayers, as well as my mom's. We love you and mourn Doug with you.

So very sorry for your loss. He was much too young and will be greatly missed! 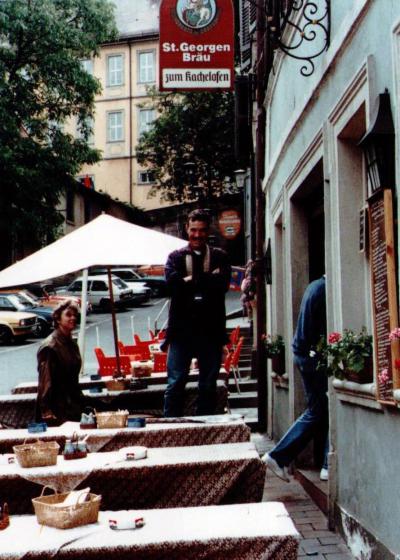 I have fond memories of visiting Doug during the Fall of 1985 in Bamberg, Germany where he was stated.