Daniel Harro, 38, was a loving husband, brother, and son who worked as a fire Engineer with Bend Fire and Rescue. On Monday morning, August 15, 2022, Daniel was returning home to Bend with his twin brother from Johnson Creek Airstrip after an “all-time” Idaho backcountry flying trip when his aircraft tragically crashed. Daniel and his brother Mark both died at the scene. Cinder, Daniel and Elisif's beloved dog, miraculously survived the accident, bravely holding first watch over these remarkable young men for approximately 9 hours from the back of the plane.

Daniel personified joy, touching the lives of innumerable people across the world with his generosity, charismatic personality, authenticity, and warmth. He was an incredible friend to many, and his optimistic spirit always shone bright. Daniel was tremendously funny, loving to make people laugh with his jokes and “Harro-isms”, as well as taking playful pride in being “Uncle Daniel” to the children of his many family and friends. One would be challenged to come away from time with Daniel without having an excellent, and often hilarious story.

Daniel didn’t wait for life to happen, seizing his dreams and making them come true. Aviation had quickly become a passion and integral part of his life. He so enjoyed sharing this love of flying and all that it entailed with others. He truly loved the outdoors and excelled at climbing, mountaineering, backcountry skiing, cross-country skiing and biking just to name a few. Most of all, he loved pursuing adventures with his wife, Elisif, of nearly 16 years. He was happiest and most content being active outdoors with her. Daniel fondly nicknamed Elisif “Honey Badger” and his pride and love for her was palpable by all. He found true fulfillment through providing for and supporting his family. Truly every day was “the best day ever” and he lived his life to its absolute fullest.

Daniel humbly dedicated himself to service towards others in all aspects of his life, including to his community through his chosen career. He began his fire career with Scappoose Fire District and was hired with Bend Fire and Rescue in 2014. Daniel quickly assumed many responsibilities within the organization and was a valued member of the Special Operations Technical Rescue Team. He was a dear brother to all, mentored and inspired many, and brought tangible positivity to an often high-stress job. Daniel was a lifelong learner, meticulous and safe, performing calmly and well under pressure both inside and outside of work. Bend Firefighters Local 227 stated, "the loss of such a fun-loving, adventurous soul is felt deeply by both our department and community." His selflessness didn’t stop after work and his acts of service were far-reaching. Almost daily he could be found actively helping others.

The Harro family greatly appreciates the many heartfelt sentiments and unexpected, but cherished, gifts and actions during this unimaginably difficult time. Daniel is a legend, and will live on in our hearts through our stories and memories forever.

Wanted to wait to send this one...and will hang tight to other stories to sprinkle in here as time passes to hopefully bring joy to the beautiful friends & family left behind.

We (The Paz's) were looking to relocate to Bend a few years ago. Daniel Paz (DP) went to visit a Bend FD station with icecream in hand & hopeful for conversation...and Daniel opened the door & welcomed him right in. They spoke for 4 hours about the dept, town & at length about their shared passions.

DP came home elated...and raved how kind Daniel was. As we went through the testing process, Daniel was DPs point person...not because he had to be, because he truly cared to be. Daniel & Elisif offered us their car to drive or their home to stay in whenever we traveled up to Bend before moving...and throughout the testing process Daniel checked in on DP often...so much so, that we coined Daniel "your new best friend"...and after seeing and hearing more stories...that was the universal sentiment of so many. Daniel had a gift to make everyone feel seen and loved and valued.

Fastforward to whenw we moved, Daniel helped us settle in & feel conncted. Elisif, you too! Loved our time working together, even in its brevity. You guys truly helped make us feel at home in a new place.

Daniel is someone we think of and refer to often in our home...and we strive to be like. "All Time" has a deeper meaning now...and we use it often.

Thank you for being DPs "best friend" and helping lead us to a great life & community here in Bend. We will do our best to care for it and its people like you did, Daniel. We love & miss you. 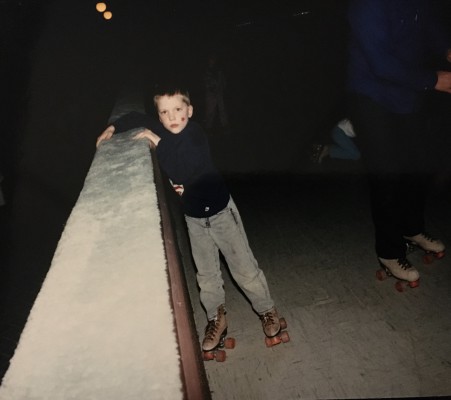 Daniel. I will always cherish my time with you. On the spec ops teem I will ski with you again my friend ❤️ Goss boss.

Want to send my heartfelt sympathy to greater Harro family, from a cousin of Daniel's father John, from Ann Arbor Michigan.

When Mark & Daniel Harro come to mind I am filled with several great memories. I first met them at SMS in 7th grade & instantly enjoyed being around them. During 8th grade symphonic band Mark & I sat next to each other, him playing the clarinet & me the flute. One of the biggest songs we played that year was "Into the Storm". Daniel had moved from the clarinet to the bass clarinet & sat behind us. During that song Daniel had a solo but always had a tough time with the very first note. Mark & I literally laughed every single time he missed it. We played that song I don't know how many times that year & what seemed like almost every concert & we got yelled at during the concerts as well. Daniel, I'm sorry that we laughed at your expense but those memories with Mark always brings a smile to my face.
I wasn't as close to Daniel as I was with Mark but will always remember him for one special reason. When I got into high school I had a tough time socially. My Dad was the volleyball coach, basketball coach, history teacher, and for some, an intimating figure. I felt a little bit outcasted by my friends & asked Daniel one day if I could sit with him & the cross countries kids at their table. Without hesitation he said absolutely. I didn't say much that lunch, just listened, but that simple act of kindness was never forgotten with me.

Both my boys, Jeff and Tyson worked with Daniel at BFD. They both admired him but Tyson was hired at the same time Daniel was. Tyson said him and Daniel would talk sometimes three to four times a week. Tyson loved Daniel and his humor. He was another brother to Tyson. God bless Daniel for being part of my sons life. 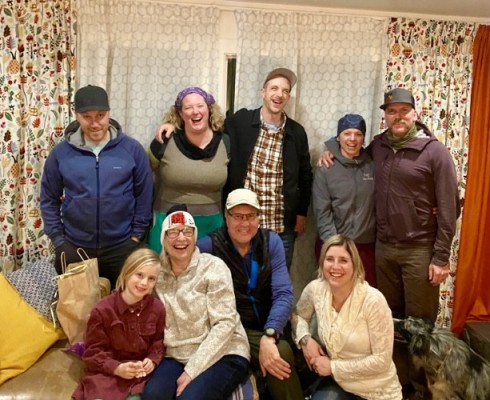 The PA Harros lift you all in prayer. 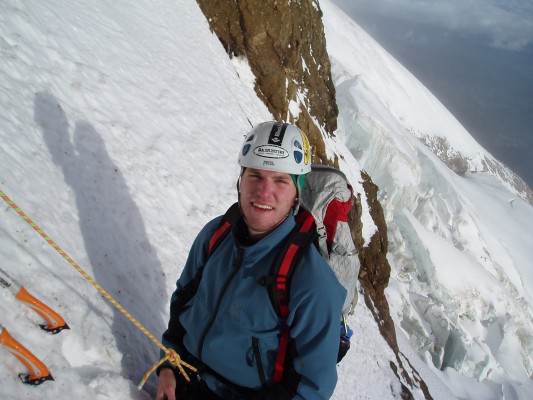 This was one of the first times I climbed outside with Daniel. We had rocked climbed a bit, but this full send on the north side of mount hood in late fall. I spent the day gripped and Daniel was ever present and always reassuring. I am very much in shock trying to contemplate his absence. We didn't exactly stay in touch over the years, but I ran into him unexpectedly in 2019 while visiting Bend and he was so kind and genuine. 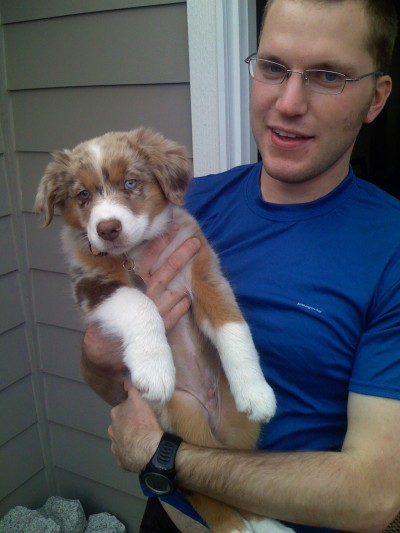 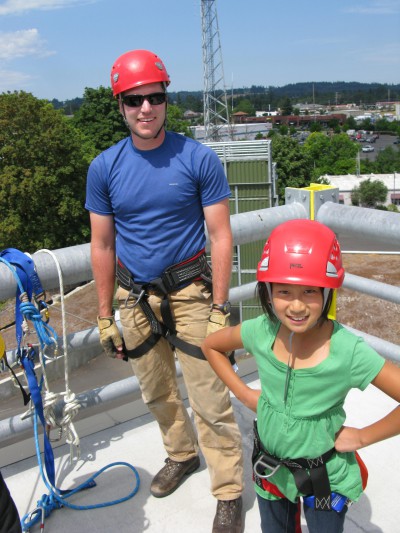 Daniel participated in rope rescue and was "watching over" my daughter Kennedy during this training. Daniel had a huge and giving heart. 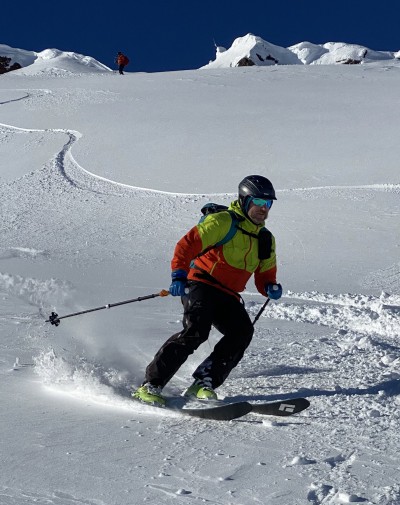 So sorry for you loss - I cannot imagine myself being a twin what your family is going through. Sending condolences and peace to all his family and friends. 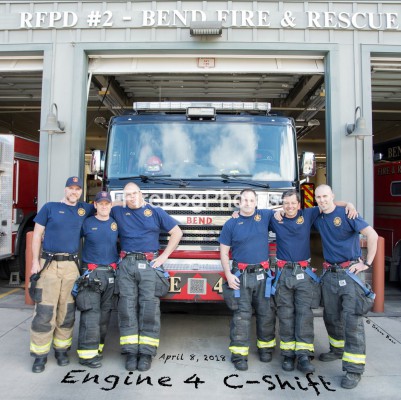 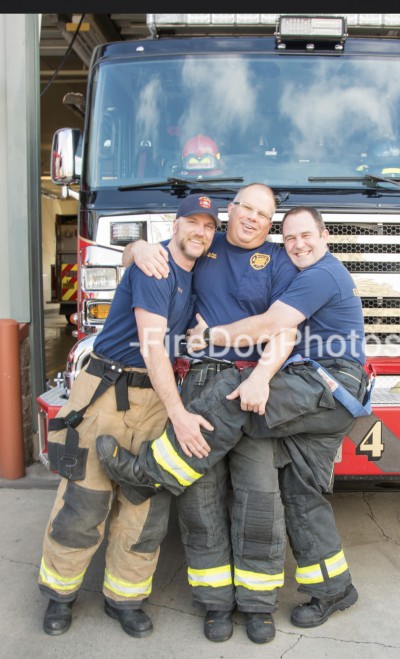 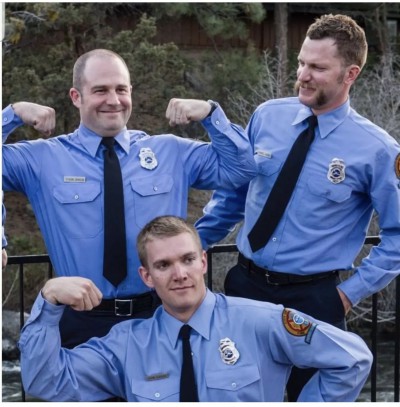 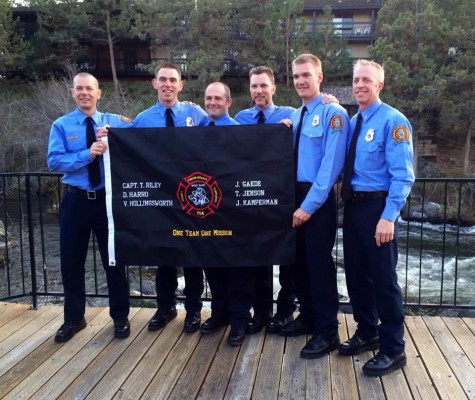 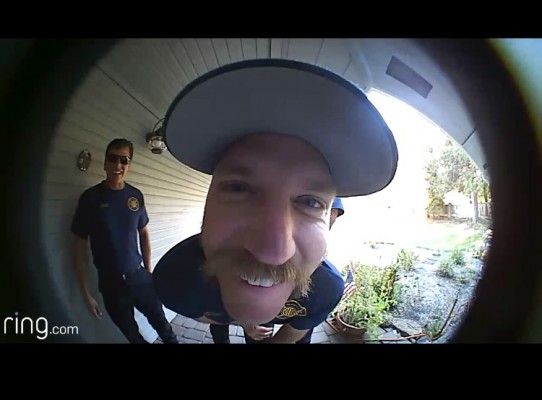 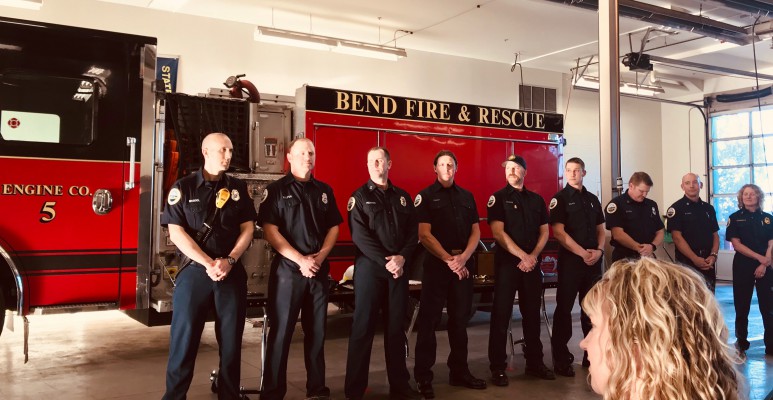 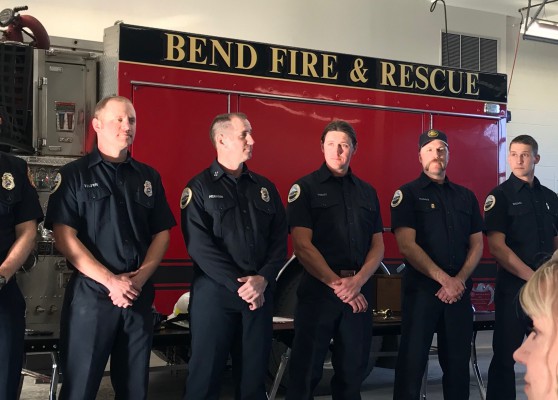 I met Daniel in 2014. We immediately connected because of our mutual love for Alaska. He reminded me of many of my past friends from Anchorage. He had boundless energy and deep passions. Most pronounced of these that we often discussed were family, the outdoors, flying and his work. His love of the “next” adventure was contagious. I loved his positive attitude and infectious smile. Daniel was a generous and kind man. He had those rare qualities we treasure in our best friends. Rest In Peace my friend, you are well loved. 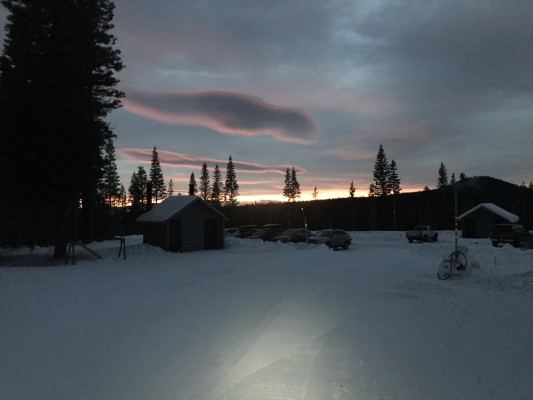 Daniel was such a valuable member of C shift here at Bend fire. He had so many wonderful traits, but three of them come to mind that he was exceptionally good at.

First, he was Genuine. Always. He spoke what he believed to be the truth and did not waver. This allowed him to have conversations with anyone, respectfully, without judgement. His candor made him a reliable reference for our rapidly changing conditions.

Second, he was always positive. He had a resiliency rare in society today. He knew the limits of endurance and recognized most things encountered today were actually, not that big of a deal. As if his reference was informed by generations that knew what hard times really were.

And lastly, Daniel was inclusive. He was always reaching out to those that were struggling, on the fringes, in the corner, or denied having voice. He did this silently, lending support to those that needed it most.

It was truly an honor to work with him, and he is dearly missed already.