Dr. Cooper H. Langford III, PhD., FRSC, professor of chemistry at the University of Calgary, widely respected across Canada and worldwide as a teacher, researcher, and mentor, died peacefully on March 11th, 2018 from the consequences of pancreatic cancer, at Vernon Jubilee Hospital, Vernon, British Columbia.

He was a working scientist to the very end of his life, as he wished to be. In his last months, he and his wife Denise moved to Coldstream, British Columbia, though he remained active with his students and colleagues in Calgary into his last weeks.

He is survived by Denise, and by his three children, Cooper (IV), Holly, and Robert. Dr. Langford was born October 14th, 1934, in Ann Arbor, Michigan, the son of Cooper H. Langford II, a distinguished philosopher of logic, and Susan Irene Coffman. He had a passion for science from his youth, especially chemistry and physics. Never a man to do only one thing at a time, he divided his time and commitment while at Harvard University between his scientific studies and broadcasting, at the university radio station WHRB. He graduated from Harvard in 1956, and pursued doctoral studies at Northwestern University in Evanston, Illinois.

Following up on his research interests at Northwestern and as a postdoctoral fellow at University College London, he published (with Dr. Harry Gray) Ligand Substitution Processes in 1966, a work that made an important contribution to the understanding of how molecules bind with metals.

Dr. Langford taught at Amherst College, Massachusetts, from 1960 to 1967, aside from a one year visiting professorship at Columbia University in New York. Dr. Langford moved to Canada in 1967, to take up a professorship at Carleton University in Ottawa, where he remained until 1980. In 1980, he moved to Concordia University in Montreal to become chair of the department of Chemistry, and after six years as chair, he became associate vice-rector (Research) for the university.

During this time, Dr. Langford became active in the wider Canadian research community, working for two years as Director of Physical and Mathematical Sciences at Canada's national Natural Sciences and Engineering Research Council.

In 1992, Dr. Langford became vice-president (Research) at the University of Calgary. He remained a professor at Calgary until the end of his life.

Though he remained a very active researcher in chemistry throughout his career, Dr. Langford was never content to contain his interests to a single field, and became increasingly multidisciplinary in his approach. While at Calgary, he taught and pursued research interests in innovation studies, science and society, and entrepreneurship, often in collaboration with his late wife, the economic historian Dr. Martha Whitney Langford. He served on the boards of the Alberta Research Council, the Arctic Institute of North America, and the Calgary Science Centre.

Among his many contributions as a chemist, he has made numerous contributions in environmental science, including the science of the decontamination of soils, and of community water systems. He is also the author of two influential undergraduate chemistry textbooks, The Development of Chemical Principles (with Ralph Beebe) and Inorganic Chemistry (with Duward Shriver and Peter Atkins).

Cooper's friends, colleagues, and family will remember him as a restlessly curious person with eclectic interests ranging from science to economics to philosophy to all kinds of music; a lover of good wines and bad puns; a great cook with culinary tastes as eclectic as his intellectual interests; and as an active and energetic walker, hiker, biker, but most of all, ready to jump onto his cross-country skis at the first flake (or last melting drop) of winter.

Dr. Langford will be missed by his family and by his many colleagues, collaborators, and former
students around the world.

Cooper will be missed! He was a great man. Love and condolences to all family!

Cooper was a truly splendid man. He had a mind that ranged broadly. Of course he was keen, intense and smart. And he was also reflective, welcoming, respectful, tolerant and supportive. I didn’t see him often, but when I did he left a strong impression. 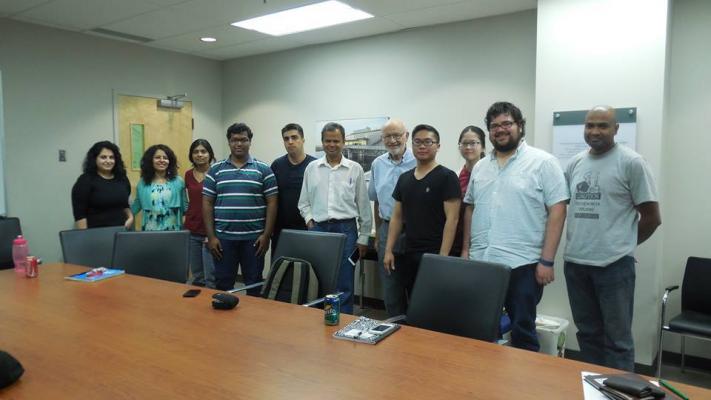 It was an honor to have Cooper as a supervisor during my (still underway) PhD thesis. He pushed me to do my best work, frequently reminding me that quality is more important than quantity in science.

Cooper has left a lasting legacy through not only his own work, but through the many students to whom he passed his passion and his unwavering pursuit of making meaningful contributions to the world. He is greatly missed.

He will be missed! We all loved this man a lot! John has best stories about him! I also have my favorite times with this wonderful man and I had hoped for more