She studied equine science at the California State Polytechnic University in San Luis Obispo where she met Russell Funk in the Sheriff’s Search and Rescue Unit. They were married in 1977. She worked as a self-employed accountant, federally authorized enrolled agent tax practitioner and owner/operator of Dove Creek Farm in Battle Ground, Washington.

Barb was a passionate horse breeder for over 30 years who worked tirelessly to improve the Dutch Warmblood breed. Her mares produced regional champions, USDF Horse of the Year award winners, U.S. Hunter Jumper Association zone hunter champions, USDF Breeders Championship Series qualifiers, and NA/WPN top 10. She studied in the Netherlands under some of the most respected Dutch breeders, judges and riders in the country in order to hone her judging skills and improve her horse breeding program.

Barb was a licensed United States Equestrian Federation Dressage Sport Horse Breeding Judge, a licensed Dressage Technical Delegate and a Federation Representative (Fed Rep). She was elected Treasurer of the United States Dressage Federation and served in that role for ten years. She was heavily involved in equine welfare issues both regionally and nationally. She ran the USEF/USDF recognized “Letter Perfect Dressage” horse show in Vancouver, Washington from 2004 to 2013. Barb was a Washington State University Extension Small Farm Advisor and served on the Members Committee of KWPN North America. She was a member of Santa Fe Extension Master Gardners.

Barb was always willing to share her knowledge with others and lend a helping hand when needed. She will be greatly missed by all who knew her.

Barb And I work great friends. Though we didn't know it our mothers who worked together mine as a school principal and hers as the school psychologist often talked about their horse crazy daughters. It wasn't until I joined the KWPN-NA that I met her in person and we put the puzzle together and remained friends for about 30 years I will truly miss her. Merijane McTalley 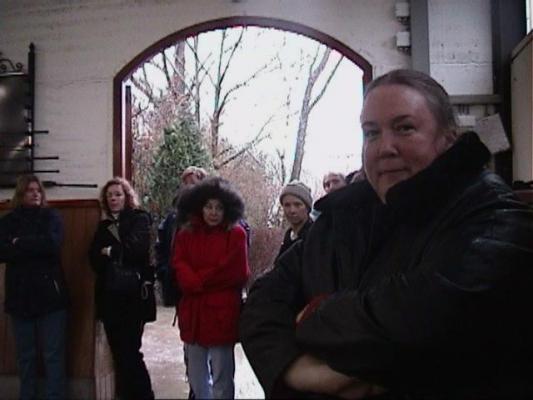 Barb and I enjoyed many years hosting KWPN tours in Holland for breeders. We shared the love of the KWPN horse. We spent weeks in a bungalo in NL watching the whole first round of the stallion show for several years to educate our eye and learn the bloodlines. I will miss catching up with her at the USDF annual meetings. RIP my good friend. I will always have many memories of our fun times together in NL.