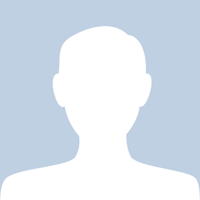 Aaron M. Torraco – Age 33 passed away on Tuesday, December 12th, 2006. He was preceded in death by his father, Douglas Torraco. Aaron was born on July 23rd, 1973 to Douglas Torraco and Deidre Hladky in Albuquerque, NM. He married Paula Chavez-Torraco on May 21st, 2005. He is survived by his wife, Paula Torraco of Truchas; daughters: Deanira, Erin and Amanda Torraco all of Truchas; grandfather, Dr. Frank Hladky, Jr. of Oklahoma; mother, Deidre Hladky of Santa Fe; sister, Lisa Hladky of Santa Fe; mother-in-law, Rosina Turner of Truchas; sisters and brothers-in-law: Mary Jane Chavez, Anna Romero and husband Henry, Debbie Martinez and husband Richard, Dennis Chavez and wife Angela and David Chavez and wife Melissa Valencia all of Santa Fe; two special nephews: Nicholas Trujillo and Dylan Chavez both of Santa Fe; and numerous other relatives and friends. A rosary will be recited on Sunday, December 17th, 2006 at 6:00 p.m. in the Chapel of Block-Salazar Mortuary. Mass of the Resurrection will be celebrated on Monday, December 18th, 2006 at 11:00 a.m. at the Holy Family Catholic Church in Chimayo with father Julio Gonzales officiating. Burial will follow at the Nuestra Señora de Dolores Cemetery in Chimayo. The family of Aaron M. Torraco has placed their trust in the Rivera family of Block-Salazar Mortuary. Telephone 505-753-2288 or Toll Free 1-800-443-4854

To the Torraco and Chavez families,
I am deeply sorry for your loss. Aaron was an old friend. My memories of his laughter and spirit will be with me always.
Warmest Regards, Valerie

Paula & girls,
We are sorry about your loss. We have you and your family in our prayers.

Our prayers are with you and your family. Aaron was a good person and only wanted the best for his family. God Bless and Rest In Peace.

Dear manda and family
I'm sorry about your loss . You are in mine and my familes prayers.I wrote something that will help.
God saw he was getting tired and a cure was not to be , So he put his arms around him and whispered "Come With Me." With tearful eyes we him fade away Altho we loved him stay. A golden heart beating, tiny head to rest, God broke our heartsto prove us he only takes the best.

You and your family are in my parents and my prayers; we feel your pain. May God comfort all of you during this hard time. Your Dad is now your guardian angel watching over you all.

My deepest sympathies. My thoughts and prayers are with you.

Paula and Girls,
Our Thoughts and Prayers are with you during this difficult time. Your dad truly loved his girls. He will be missed. God Bless You and be with you.
Pete, Connie, Vanessa & Kim

My prayers are with you Deanira, Erin and Amanda:

God be with you in this very hard time, be there for each other and remember all your good times with your daddy.