May their memories forever be a blessing

Mehraban Badiei Ardestani, Saeed Kadkhodazadeh Kashani and Alma Oladi died on Flight PS752. They were returning to Canada to continue their studies at uOttawa after visiting their families in Iran over the holidays.

“We are heartbroken. They will be greatly missed,” said Jacques Frémont, president and vice-chancellor of the University of Ottawa, who remarks on the courage of Mehraban, Saeed and Alma, and their commitment to knowledge creation and building a better world at the memorial held on January 10, 2020.

All three had generous hearts, brilliant minds, big dreams and promising futures. Their sudden passing leaves many friends, loved ones, colleagues and classmates in mourning.

“Although she had just started her studies, she had already begun to make her presence felt as a deeply caring and engaged young woman,” says Lucie Thibault, dean of the Faculty of Health Sciences.

Mehraban was a devoted volunteer, heavily involved in the community. She was a member of uOttawa’s Multiple Sclerosis Club, a philanthropic group that promotes policies in support of people with MS, and a part of the Iranian Student Association, where she helped high school students with their transition to the University. She also volunteered for the organization Let's Talk Science.

Her professors described her as a brilliant student, diligent, considerate and always in good spirits. She certainly would have had a meaningful career and played an important role in the health care field.

She will be remembered for her selflessness and friendly smile. In fact, the name “Mehraban” means “kind” in Persian — a wonderful description of her personality according to her peers. To know Mehraban was to know an intelligent, cheerful, generous and friendly young woman.

From Tehran, Saeed completed a master’s at the Chemistry and Chemical Engineering Research Centre of Iran in 2015, before moving to Ottawa in 2017 to begin a doctorate in chemistry with the Department of Chemistry and Biomolecular Sciences of the Faculty of Science.

Saeed has been described by those close to him as an outstanding, approachable friend who loved life and inspired happiness around him. He was a talented student, and a young scientist who had already made a large contribution to the advancement of knowledge in chemistry. He was interested in reducing the creation and use of harmful substances in the production of pharmaceuticals and chemicals, and was widely respected for his expertise, both in the scientific community and the pharmaceutical industry. He had already published two articles in peer-reviewed journals and was about to publish a third.

While Saeed was a very hard-working young researcher who was expected to complete his doctorate in 2021, he still managed to be there for those around him, both as a friend and a professional colleague.

“He was a caring and supportive friend, always motivated and always energetic. He liked to talk about his big plans for the future,” recalls his friend Andisheh (Andi) Zahedi.

He was also appreciated by his colleagues in the Newman Lab. “He was more than a colleague to us — he was our brother. We had many fun moments together. It’s hard to imagine the lab without his laughter, his impressions and his singing,” says fellow lab member Eric Isbrandt.

He was an outstanding mentor for hundreds of students, both in the lab and in his teaching assistantships.

Saeed was a smart, likeable and charming young man who touched the hearts of many, spanning well beyond the campus.

Alma had just completed her first year of a doctorate in mathematics and statistics at the Faculty of Science. She was highly respected as a young scientist — energetic, intelligent and innovative. She had begun her doctoral studies at the University of Ottawa after receiving a master’s in mathematics from the Amirkabir University of Technology (Tehran Polytechnic) in Iran, where she grew up. She had returned to Iran over the winter break to celebrate her 27th birthday with her family, who she dearly missed.

Alma was working in the Sankoff Laboratory, alongside a group whose expertise includes the study of genes and genomes using a mathematical approach.

“She really touched our hearts. Her absence leaves an incredible void,” says her friend and lab-mate Mona Meghdari, who shared a strong bond with Alma. “She was a genuinely kind-hearted person, a rare gem. Alma was always present and supportive, more like a sister to me.”

Smart, approachable, generous and always smiling, Alma was valued for her skills and patience as a teaching assistant, and beloved by the students who had taken her course in the fall. She would even keep additional, unpaid office hours to help her students.

Alma was an inspiration to all. Many recall her radiant smile and her kindness.

Memories of these three students will remain etched in our memories and in our hearts. Their unexpected deaths are a major loss for the University and scientific communities.

We offer our deepest condolences to the friends and families of Mehraban, Saeed and Alma.

Gone from our sights, but never from our hearts. Words fall short of expressing my sorrow for the loss.

we will never forget you...may your soul rest in peace

I am so very sorry for the loss of these wonderful students who would have contributed so much to the world. My deepest condolences to their family and friends. uOttawa was a better place for the lives and contributions of Mehraban Badiei Ardestani, Saeed Kadkhodazadeh Kashani and Alma Oladi. The loss of flight PS752 was a huge tragedy for Canadian Universities, so many of whom lost students and faculty members, and for Canada as a whole.

Well said - you completely convey my own sentiments.

As an Alumni of the University of Ottawa from 1992, I was deeply saddened by this tragedy. My deepest condolences. These individuals had such promising futures.

Our friends are alive in our hearts as long as we live, although, we miss them every day.

You are always on our minds and forever in our hearts.

I am tremendously sorry for the loss of Mehraban, Saeed, and Alma. I hope that their families and friends know that the University of Ottawa community mourns with them and that we will always support them. Let us never forget this tragedy. 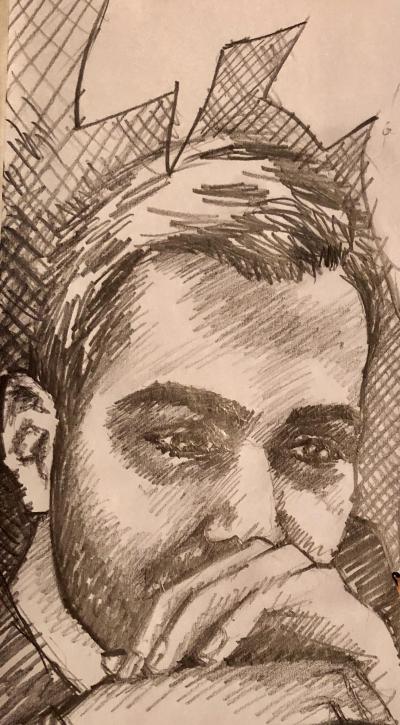 Please accept my condolences, just know that I am here for you, please don’t hesitate to reach out, especially during this difficult time

Mehraban was the most thoughtful, hardworking and talented young girl I know. She had a goal to be a doctor and nothing could keep her from her goal. She was wise and full of life. She was an artist , her painting beautiful handwritten and tattoo arts were incredible. This tragedy has been so hard on us who knew her, knowing that she was a beautiful person inside and out.
We will miss you Mehraban, forever.
We will not forgive, we will not forget.

My thoughts and prayers go out to the victims' family and close friends. I cannot imagine how devastating they are and how they are going to go through this heartbreak. May God bless them with peace and love! Rest in paradise (RIP) for these three beautiful souls!

May their souls Rest In Peace. My heart goes out to all the passengers who were on board on that gloomy day. This was a grave tragedy and a great loss for the victims' families, friends, and humanity! Many condolences to their families and may God grant them patience and peace!

I did not know Mehraban, Alma or Saeed but my heart is still deeply saddened by the anniversary of this tragic accident in which 3 beautiful souls were lost. My condolences and love go out to their families and anyone who knew them and I hope that their departure has brought families and people together to cherish their loved ones, as it has with mine. <3