Frederic Kidder Houston was born in Wilmington, Delaware in 1936 to David and Virginia Houston. He attended St. Paul’s School, Trinity College (1959) and the University of Pennsylvania, receiving a Masters in Architecture (1962) under the tutelage of Robert Venturi and Louis Kahn.

Fred was introduced to Marie Sturges during graduate school when she was working at the Philadelphia Museum of Art. They were married two years later and moved to Buffalo.  Fred worked first for Duane Lyman and then Robert Coles, before spending two years at City Hall in the Buffalo Department of Urban Renewal.

Together with Peter Castle, Mike Hamilton and Ted Lownie, he founded the architectural firm now known as HHL Architects in 1969. It could be argued that HHL brought modern architecture to Buffalo. The firm was founded as a response to those who dreamed of simpler spaces with clean lines and a contemporary aesthetic, at a time when there were few modern options available.

HHL thought of Buffalo as a city ripe for change, using masterpieces by Louis Sullivan, Eliel Saarinen and Frank Lloyd Wright as inspiration to continue the city’s evolution into the modern era. Fred wanted to implement the ideas burned into his mind while studying with Kahn and Venturi.  He was not an iconoclast; he simply loved really good modern design.  His projects were marked by clear spatial flow, filled with texture and color, and punctuated by chunky butcher block tables and bright Marimekko pillows.

His work won awards over the years, but he had a particular fondness for the AIA’s 1995 recognition of a sweeping arc inserted into the Albright Knox Art Gallery to expand the gift shop.  While he talked most about his larger modern projects, he also loved working on historic buildings like the Butler Mansion on Delaware Avenue.  He reveled in the renovation of St. Paul’s Cathedral, where he advocated for repainting the ceiling cerulean blue with sparkling gold stars to represent the lofts of heaven.

He was Principal-in-Charge on projects for The Gow School, Western New York Psychiatric Center, Albright-Knox Art Gallery, Women & Children’s Hospital of Buffalo and the restoration of St. Paul’s Cathedral and Trinity Church, among others. Fred continued his work at HHL through 2002 and was the last surviving original partner.

He taught architecture at the University of Buffalo for nearly twenty years, ever enthusiastic about the creativity of his students and their ability to invigorate his love of the profession.  He relished circulating through the studio, listening to students explain their work and offering critiques with a large dose of encouragement.

Fred was instrumental in founding the Landmark Society of Western New York, which was started out of a desire to preserve the Coit House, the oldest house in Buffalo.  The Society continues today as a preservation organization with a mission to protect the unique architectural heritage of the region. He served on many boards throughout his career, including the Elmwood Franklin School, the International Institute, the Episcopal Church Home and the Salvation Army.

While people tend to focus on Fred’s civic accomplishments, his dynamic style was also trained on residential projects.  He designed houses for several close friends, and other clients who became friends during the design process, a testament to his ability to press a vision while maintaining a humanity, kindness and understanding of his clients.

In 1970, he built his minimalist masterpiece – a weekend residence for his family in East Aurora on the edge of Cazenovia Creek.  Anyone who visited in the winter will remember the remarkable sensation of walking barefoot on the carpeted radiant heated floors, while just a yard away snow blanketed the same plane outside.  The house was a location for stylish pool parties with friends and long summer vacations with grandchildren.

Fred had other passions beyond architecture and his family.  He enjoyed making an experience for people to remember.  He loved people, parties, music, food and wine.  He could happily sit through a 13-course meal, especially if it came with special wine pairings. In the summer he swam daily laps in the pool.  In the winter, he took to ski slopes near and far with family and friends.

A natty dresser, his tie collection – bright colors and bold stripes - expressed his spirit in a blend of modern and classic with a punch of fun.

Fred died as result of complications from Covid-19.  He is survived by his wife Marie, their children Ginny (Terry) Meenan and Tom (Amy) Houston and four grandchildren, Abby and Betsy Meenan and Nina and Henry Houston, and many nieces and nephews.  He was predeceased by his brother David Minot Houston, Jr.

A celebration of his life will be held at a later date. Flowers gratefully declined.  Memorial tributes may be made to the Salvation Army.

I am so sorry to hear about Fred's passing. My dad David Robb who spent many days with Marie and Fred at their amazing dinner and pool parties died in Frederick Maryland of Covid on December 1 2020. I am so sorry to hear that two old friends died within a week of each other due to that horrible disease. My thoughts are with Marie, Ginny Tom and their families.

The passing of our cherished friend Fred is a great loss and he will be mourned by all of us. His many accomplishments as a great architect, artist, teacher and community leader are celebrated by his many friends and associates. We will sorely miss his wisdom, knowledge, dry wit and good company.
Fred entered our lives 37 years ago when he became our architect for a new home in the Southtowns. The design experience was revelatory and remarkable. His artistry and unique vision made the project a life changing experience and the house became a treasure for us. That project blossomed into a lifelong friendship with Marie and Fred.

Fred was a true mentor for me. He was one of my studio professors at UB in the early 90s and I had the privilege of working a couple of summers for him at HHL. I will remember him as the sophisticated, witty, gracious man that he was.

Fred is featured in today's Buffalo News Obituaries. Here is a link to his write up (you may have to copy and paste into a web browser). https://buffalonews.com/obituaries/features/frederic-k-houston-84-modernist-architect-engaged-on-many-preservation-projects/article_c5c8ec60-4010-11eb-ba5a-e34d600feb68.html?utm_medium=social&utm_source=email&utm_campaign=user-share

We loved your father Fred Houston, I have known him since I’ve been a young child. Our white water rafting trip and the Grand Canyon was one of my favorite memories. Throughout my life he has really inspired me. He was loving, kind, so talented and so incredibly smart! He loved his family so much! I just adored him. Sending so much love and support to all of you!!! Love you all

The Kellogg’s and the Houston‘s were such a long time friends, they love each other so much and share so many amazing memories with them! We will miss him so much

Not seeing Fred again is such a sad thought. Tom, you captured him so well in the bio and the memories, tributes and love expressed will always be there. I must add another biggie to his accomplishments, the band shell at La Salle Park. Outdoor concerts, walks, lake views and Fred's work. Play on Fred, we love you!

Ginny and family, I enjoyed getting to know Fred more in your beautiful biography and it’s easy to see how his love of life and giving back was passed onto all of you. His influence and presence will always be felt. My family’s thoughts and prayers are with all of you! ❤️

All Houstons
So sorry about Freds
Passing. He was a
Delightful person to
To know and we will
All miss him. Love and
Blessings to you all
He is in a better place
I believe He was delightful and talented
We will all miss him

To all the Houstons
So many memories of happy times and a wonderful, long-time friendship: irreplaceable. Sending much love to all of you...

To all Houstons Fred was a very good friend and mentor to me in many business endeavors that we were involved in. A very talented architect indeed and delightful to be with. Sending love.... 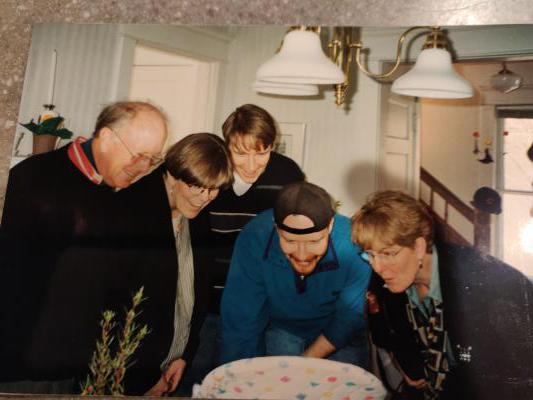 Sending oodles of love and big smiles that fill my heart from so many great memories of Fred! Ginny said it beautifully - he celebrated the moment and his love of life was infectious. Hugs, tears and big grins to all. May he rest in peace surrounded by his many friends in heaven.

Ginny and family, you are so beloved. We hold you in thought and prayer as you navigate this sad loss in your family but also celebrate a beautiful life! 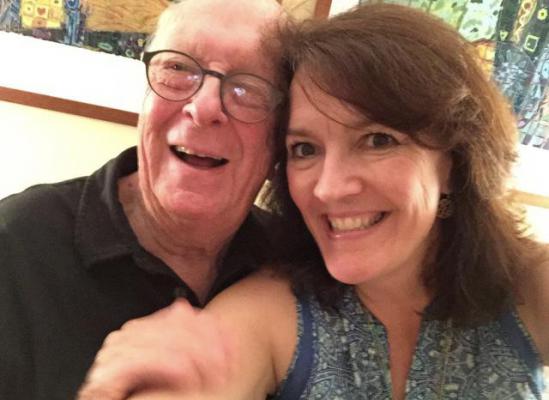 My favorite selfie with Fred. 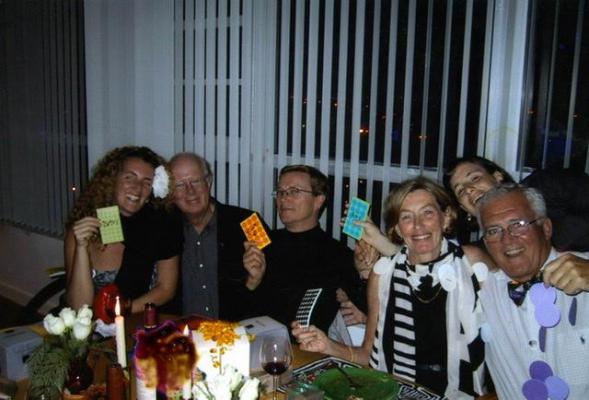 Oh, what a wonderful guy! Respected and now celebrated friend. We will miss him.

Thanks for posting this great shot, Frank... Good times gone by but still very much remembered.

Ginny, Marie, Tom and all....it has been many years. I am sending big love your way. I so fondly remember drinking ice tea with orange juice by the pool with you, Ginny, talking with your parents. Your dad always made me feel like I was a guest of honor - so warm and kind, welcoming and funny. I’m sorry to hear this news. Much love to you all. Let’s be in touch soon xoxoxo
Susan

Dear Marie, Ginny, Tom and families:
I was so shocked to hear of Fred's passing. He was such an articulate and caring man. I saw him last year at my mother's apartment. He was quiet, but was very interested in what I had to say. I am so sorry for your loss. Take care. Love, Molly

Our hearts are with you all. May his love of life guide you and may your memories be a blessing. What a wonderful, well-lived life! Love to you all! Perry, Nicole, Madison, Jake, Ava and Anna Marks

Dear Ginny and Family, Sending many prayers and positive thoughts your way as you celebrate the life of your dad and know his spirit lives on in each and everyone of you. Love, The Kulman's

When I think of Fred, I immediately think of kindness, and his ability to support others in a warm and generous way. He made you feel you were the only one in the room, we will miss him dearly. With all my love, Margaret (and Carl, Oliver and William Whiting)

There are so many memories of Uncle Fred but the one that really stands out is his amazing dance moves at Ginny's wedding! I will never forget Fred on the dance floor... with anyone who wanted to dance... out there kicking his heals up and swinging his daughter around! Just the best! Fred had a huge love of life and I will never forget all of our wonderful summers in Bay Head when we were so young. Love you Uncle Fred!