Edward Medina was a native New Yorker who over time has built a significant and multifaceted career. He was a producer and director with over thirty-five years of production experience in theatre, live events, and digital media.​

Edward had the honor and the privilege of working for the late great Jim Henson managing the five unique buildings that comprised the New York production headquarters of the Muppets, and for fun he became a steam train engineer and cast member for the Walt Disney Company.

Edward was a member of the American Theatre Critics Association, where he served on the Executive Committee as well as both the Membership and Diversity & Inclusion Committees. Additionally, he was a voting member of The Drama Desk.

He maintained his love of theatrical production by continuing to create, produce, and direct new works for both stage and screen, and his dream of building Sandbox Harbor, a fully realized world of fantasy on tropical shores, is still very much alive and well.

Edward attended Adelphi University for Theatre Arts and was proud to be a member of the Dramatists Guild, the Society of Children's Book Writers & Illustrators, the Horror Writers Association, the Manhattan Association of Cabarets and Clubs, and Theater Resources Unlimited. 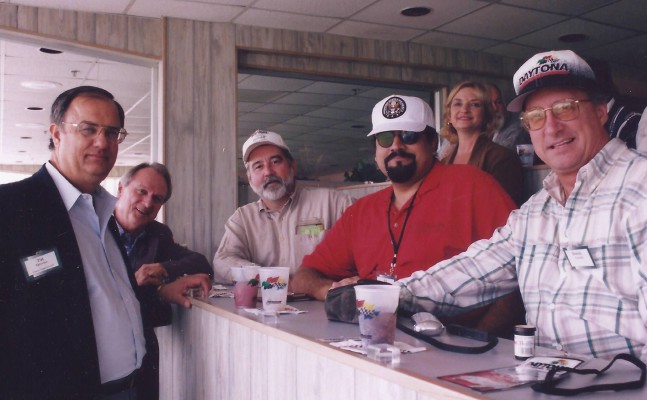 The day Edward Medina fell in love with the need for speed (in the Economic Development Suite at Daytona International Speedway somewhere around the year 2000)! In this picture he is discussing (painting the picture of) the future creation of Sandbox Harbor in the Daytona Beach area and exploring options for financial assistance and strategic partnerships with county council members and VCBDC, the private/public ED partnership. In the ensuing months a property was identified, concepts were created, and Ed assembled an incredible team of friends and imagineers to take his vision and turn it in to reality. This picture popped up in memories about 6 years ago. We messaged, and he let us know that the vision is still alive. Just can’t help but feel that he’s up there making deals and pushing it forward. Miss you, Ed Medina, Hugs and love to you, Nate.

Edward was the kind of person who could make someone he never met, who lived halfway across the country, feel like a friend. We became ‘friends’ on Facebook (Meta?) through a mutual friend, and when I timidly reached out to ask him foolish questions, he would always respond in a way that made my inquiry feel legitimate, and entertaining, no matter how absurd. He was such a kind, bright, and beautiful soul, and the world is just mundane and so much less without that light and energy, without him. I am sorry I wasn't ever able to meet him in person, but I feel privileged to have known him in any sense. He will be missed.

I didn’t know Edward very well, but even so he was so incredibly supportive and kind to me as a theater writer and as a person. I’ll never forget when he noticed on Facebook that I was having a bad day while in the middle of a production, and kindly gave me a tip off that a good review was on the way, to cheer me up! His presence was obviously a light to so many people, and I’m sending good wishes to all of his friends and loved ones. 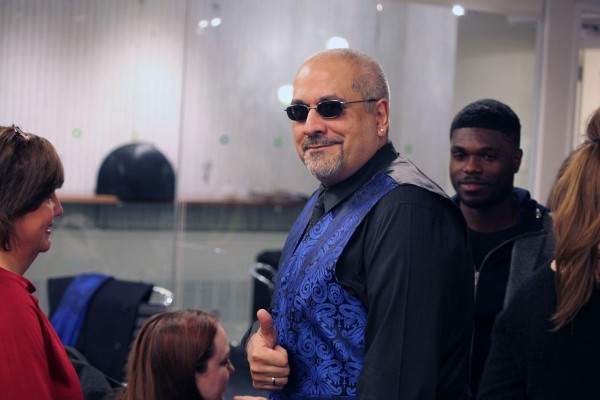 Ed was a valued and respected writer in The Drawing Board. It’s hard to believe he’s gone, especially since we’ve not begun meeting in person yet; but we feel his absence and will always miss his voice.

I wanted to send my condolences to Ed's family. I did not realize he had passed and was very sorry to hear of it. I met Ed my freshmen year at Adelphi and have many fond memories. We only kept in touch sporadically after that (I have lived in Southern California since 1987) -- just occasionally connecting on social media. I'm proud he accomplished so much and got to live his life in the theater -- which is how I remember him at Adelphi (although I think I met him at the campus bar -- I really don't remember). I'm sad to learn he had health problems and am sure he put up a good fight. He was a good person and had a very warm heart -- a dreamer in the best sense of the word. Although I wasn't in touch with him much I'm sorry to hear he has left us and offer my deepest condolences to his family. Lois Kosch

I met Ed at the Magic Kingdom when he was my trainer on the World Disney World Railroad. We became fast friends as we were both born and raised New Yorkers. I was enthralled by his stories of his past careers, particularly with Jim Henson. He was truly a Renaissance Man. After Ed left Florida, we always talked about meeting up in Times Square for a visit. I'm so sad that never happened. I will forever remember you, Papi and celebrate you.