The steps of a good and righteous man are directed and established by the Lord, and He delights in his way and blesses his path. Ps. 37:23

Milton (Tom) Thomas Vance passed away peacefully in his home in Citrus Heights, California at the age of 87 years old on January 18, 2021, after battling Parkinson’s disease and Kidney cancer.  He was surrounded by his loving family.

Tom was born on February 28, 1933 in Klamath Falls, Oregon, the eldest of five children, born to Milton Roy Vance and Ruby Gayle Vance (Thomas).  He graduated from Roseburg High in 1951 and served two years as a chaplain’s assistant in the United States Army.  Tom married his wife of 54 years, Marlene Jeannette Thayer on February 21, 1960 and had five children. Upon being widowed, Tom married Shirley Yvonne Blankenship on October 10, 2017.

Tom started Vance Plumbing (now Armstrong Plumbing) in 1959 which has operated successfully for 60+ years and is now owned and managed by his children.  He served countless years in the various bodies of Christ he was affiliated with and mentored and led to salvation many who were downtrodden and disillusioned in their faith. He had an unquenchable zeal for the word of God and lived out his faith by serving and helping others.  Tom was a loving husband, a committed father, a connected grandfather, and a supportive sibling. He enjoyed spending time camping with his children and grandchildren, hunting, fishing, gardening, working on cars, and would rescue anyone for any reason.  He was a father to the fatherless and friend to any stranger.  He loved God and loved others deeply until the very end of his life.

I was only around Tom a few times - namely a few Wednesday meetings in his home. What I remember of him is - joy and a welcoming friendliness .

What a good and kind and gentle and faithful man he was! Any advice, encouragement or just words of wisdom he spoke came straight out of the Word of God and could be relied upon not only because of their source but because he himself had walked them out and spoke not from a theoretical or idealistic viewpoint but from faithful application of those same words and truths. We are all the richer for having known him and having gotten to be a part of his life.

Amen to that Andi. Truly a man of God. He will be missed.

My dear brother it was an honor to know you and to have you as my friend
and brother in Christ. Hold the gate open for me brother. Can't wait to see you again.

Tom was such a precious man. Multifaceted, faithful, and connected to so many. My first memory of Tom was at the Vineyard in Rancho Cordova. He had a skateboard that he used the ferry the sandwich board of the church sign back and forth from the sidewalk to the building. One Sunday morning I was working in the two-year-old class and this one little boy kept crying and asking for his grandpa. I thought what a fortunate man he is to have the devotion of a two-year-old. Tom worked on our home during two remodels through the years. He was always a pleasure to have in our home. The vastness of his influence in the body of Christ was inspiring. I am a better person for having known him. Rest in the Lord's peace, Tom.

I can only attribute it to “Divine Intervention”. In late 1999, I was living in Quinn Cottages over on North A St. This is a transitional living place for people who came upon hard times. Tom had come by to get 2 labor guys to backfill a sewer line. I was one of those guys. A few months passed and in March 2000 he come by again to have someone backfill a sewer line he had done over on O St. I had recently signed up with PHCC which was on F St at the time and I mentioned this to Tom, and that I can do service work. He says come to his office and he would give me a job. I worked for Tom for 9 years and 10 months. That is not the amazing part of the story. During the time I worked for Tom, not one time did I ever hear him use foul language, treat anyone unfairly or get angry. One time I was walking to my van to go to work and passed Tom who was on the phone with what I figure was a job foreman and he raised his voice and said something to the effect “I will get someone there”, this I remember because it was the only time I heard him speak above his normal tone. This was the true character of a Man that I was so fortunate to meet and get to know who I am eternally grateful for hiring me. It was an honor and privilege to call you a Friend. May the perpetual light shine upon you my friend. Rest in Peace.

Any time I walked into Armstrong Plumbing Tom would call out, Brother Ron come on in to my office.
He was always hospitable and had a genuineness that draws you into him.
He was always open.
One day Tom and Milton and I went fishing up at a high country lake. Once we loaded the small aluminum boat up with our fishing gear and lunch we pushed off. Once out on the lake on a brisk morning, Tom stood up and at the top of his lungs started praising God and giving Him glory. I sat surprised at this Duden outburst. Yet, I was for ever changed by watching a man I so respected freely offer himself in praise with out inhibitions.
Tom Vance, Elder, Brother. 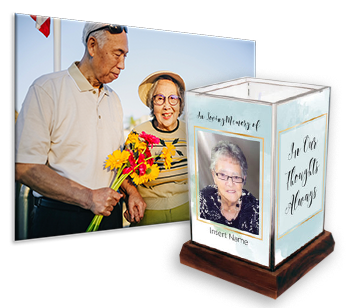